Paris Saint-Germain (PSG) may be interested in borrowing Spanish footballer Xavi Hernandez, who was recently signed by Qatar's Al-Sadd for two seasons after announcing his departure from Barcelona. 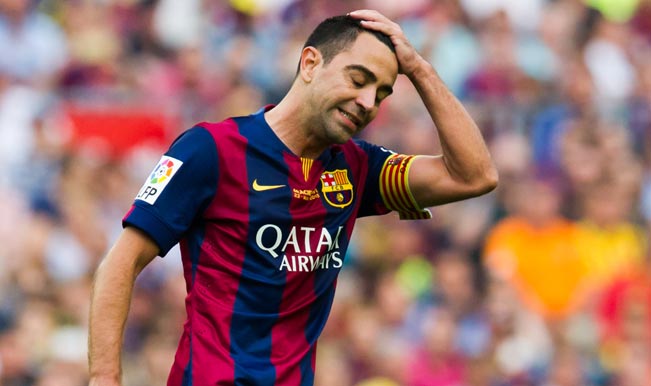 Paris, May 27: Paris Saint-Germain (PSG) may be interested in borrowing Spanish footballer Xavi Hernandez, who was recently signed by Qatar’s Al-Sadd for two seasons after announcing his departure from Barcelona. The process is being carried out “with utmost secrecy” and is inspired from a strategy used last year by Manchester City for Frank Lampard, who was loaned to the English team one year after joining New York City FC, as both teams have the same owner, reports Efe. Also Read - Lionel Messi Transfer News Update: PSG Confirm Interest in Barcelona Skipper With Contract Ending Soon

In Xavi’s case, PSG would not have to pay any expense if they borrowed the Spaniard and “all or part” of his salary would fall under the responsibility of Al-Sadd, whose president is the brother of Qatari Emir Tamim bin Hamad al-Thani, the indirect owner of PSG. To convince Xavi of the Arabian adventure, Qatari officials offered him a proposal to settle down in Qatar with his wife, parents and three brothers, but if PSG achieves its goal, his family would stay for another year in Catalonia. Also Read - Lionel Messi Ban: Barcelona Star Could be Suspended For 12 Games Following Red-Card in Spanish Super Cup Final

The 35-year-old Xavi, who played for Barcelona for 17 years, fulfils the demands of PSG coach Laurent Blanc, who considers that Barcelona’s playing style is an “absolute reference”. On May 15, PSG won the Ligue 1 title for the third consecutive time and for the fifth time in history.