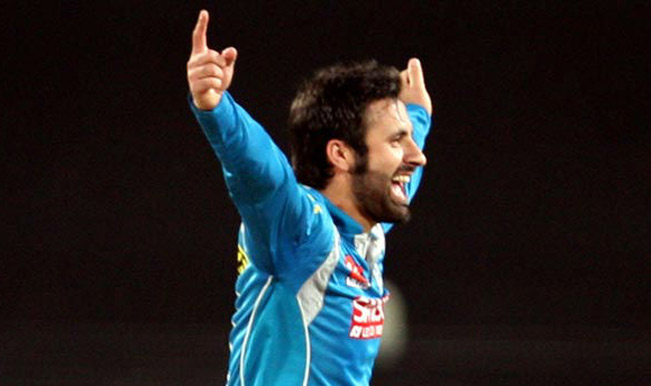 New Delhi, Nov 23 Jammu and Kashmir cricketer Parvez Rasool is targeting a spot in the Indian team which will play in the 2015 ICC World Cup in Australia and New Zealand. “The target now is selection for the World Cup. There are multi-day matches coming up and the aim is to do well in those. I have to do well as a team and individually as well. The target is to get back to the Indian team,” Rasool was quoted as saying by bcci.tv. Also Read - Ind vs SA: 'If Dinesh Karthik Can Comeback, Why Not Shikhar Dhawan' - Suresh Raina Asks BCCI Ahead of T20 Series

The Board of Control for Cricket in India (BCCI) Nov 21 presented the 25-year-old with the Lala Amarnath Award for the best all-rounder in Ranji Trophy for the 2013-14 season. Rasool said the honour now increases his responsibility. “Getting the Lala Amarnath award is a huge honour for any cricketer. Best all-rounder! My responsibility increases. This will be a morale booster for me as well as the team, that our performances are getting recognition which will lead to calls in India A, India, Indian Premier League (IPL),” said Rasool, who scored 663 runs and picked 27 wickets from nine Ranji matches last season. Also Read - IND vs SA, ENG Squad Announcement: Umran, Arshdeep In T20 Squad; Dhawan, Mohsin Snubbed; Pujara Comes Back In Tests

“The award is very important and especially for me because for the first time in the history a player from Jammu and Kashmir has received an award and that too for being the best all-rounder in the Ranji Trophy. I feel it will be a big morale booster for our players.” Rasool has played only one One-Day International (ODI) for India — against Bangladesh June 15 in Dhaka — where he picked up two wickets.