Pele in good condition after transfer to special care unit

Pele was initially thought to be moved to special care unit after his condition deteriorated. 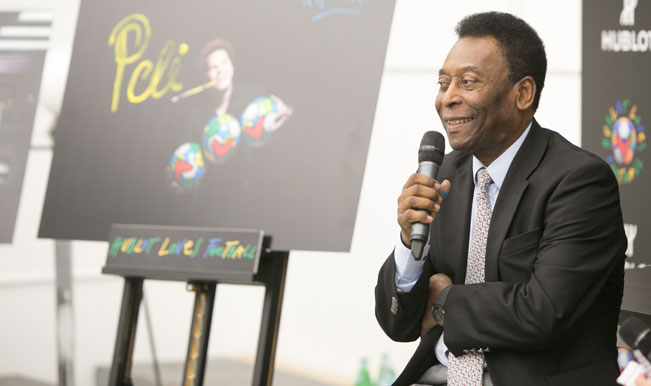 Sao Paulo: Brazilian soccer great Pele, who is being treated for a urinary infection, is in good condition and is expected to leave the hospital in the next few days, his spokesman said late on Thursday. The hospital released a statement saying the 74-year-old Pele was transferred to a “special care” unit after his condition became unstable, but his spokesman and personal aide denied his health condition deteriorated. Also Read - National Security Advisors of BRICS Nations to Hold Virtual Meeting on Thursday

“He is fine. The problem was that he was receiving too many visitors and that wasn’t helping, so they transferred him to a calmer area to continue receiving the proper treatment. He should be out of the hospital in a few days,” Jose Fornos Rodrigues, known as Pepito, told The Associated Press. The hospital’s statement created a scare in Brazil, with local media widely reporting that Pele’s condition had worsened. Also Read - With Spike of Over 90,000 Cases, India's Tally Crosses 42 Lakh-mark; Second Highest After US | Key Points

The hospital’s press office had already said the three-time World Cup champion was not in an intensive care unit and was just being monitored. Pele was admitted to the hospital on Monday for a medical evaluation and was diagnosed with the urinary infection. He was being treated with antibiotics. Pele was in the same hospital less than 15 days ago to undergo surgery to remove kidney stones.