Following the death of Phillip Hughes, cricketing world has reached out to pace bowler Sean Abbott on Twitter and asked him to stay strong. 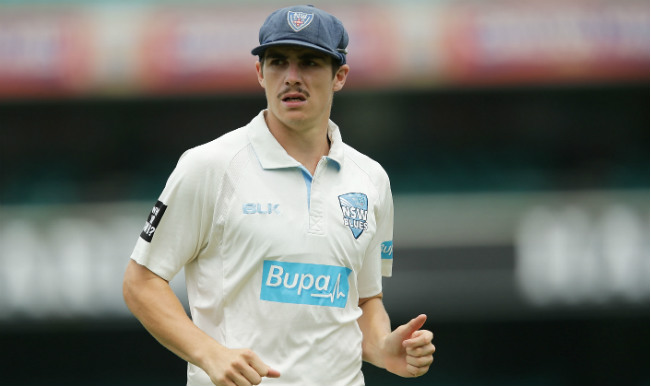 Following the death of Phillip Hughes, cricketing world has reached out to pace bowler Sean Abbott on Twitter and asked him to stay strong. The 22-year old Abbott bowled a bouncer which hit Hughes’ head and resulted in him losing consciousness. The left-handed batsman was taken to St Vincent’s hospital in Sydney where he was under induced coma for over two days before his family decided to take off the life system. Even as the cricketing world grieved the death of the young batsmen, they also reached out to Abbott and urged him to stay strong. Here are some of the reactions on Twitter. Also Read - 'Who The Hell Are You?', US Lawmakers Scold Twitter, Facebook & Google CEOs During Senate Hearing

Absolutely shocked to hear the news of Phil Hughes passing away! Thoughts and prays are with his family as well as Sean Abbott! – Shaun Pollock

At this tragic time spare a thought for Sean Abbott a young talent player just making his way in the game. #RIPHughsey

A very sad day for the world of cricket. So sorry for Phillip Hughes and his family . Spare a thought for Sean Abbott.

Very very sad news,at such a young age.just not fair.may God giv strength to his family and friends and for Sean Abbott too.#RIPPhilipHughes

Really sad to hear the news..Prayers are with you and your family mate..Stay strong Sean Abbott – Dhawal Kulkarni

Thinking of Sean Abbott too..

Sean Abbott – thinking about you too, mate! – Kevin Pietersen

Can’t quite believe the news. Devastating. My thoughts go out to Phil Hughes’ family and friends. Thoughts also with Sean Abbott.

Chennai Super Kings (CSK), which is also going through a tough time following the supreme Court orders on Thursday too urged Sean Abbott to stay strong. They said ‘Stay Strong Sean Abbott..’ on Twitter. We, at India.com wish that better protective measures come into play that ensures complete safety of the players who are a part of the game. The occurrence was highly unfortunate and we wish to offer our condolence to Phillip Hughes family and hope that Sean Abbott continues to play the game of cricket with as much zest.