Terming left-handed batsman Phillip Hughes "a rising star", Cricket Australia (CA) Thursday said the untimely death of the batsman was a long-term loss for cricket in the country. 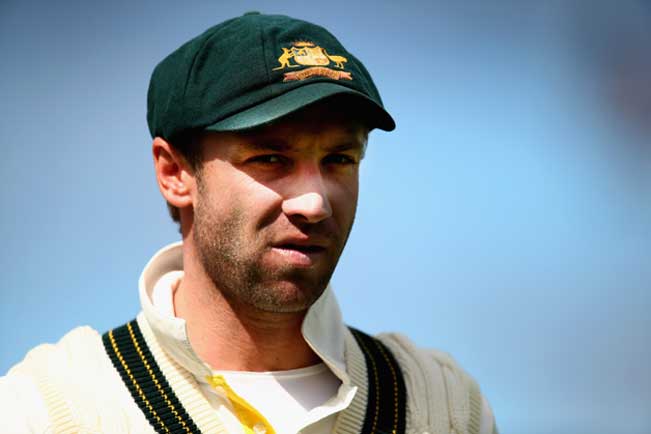 Also Read - India Tour of Australia 2020-21: BCCI President Sourav Ganguly's Request For Shorter Quarantine in Down Under Likely to be Rejected by Cricket Australia

Melbourne, Nov 27 Terming left-handed batsman Phillip Hughes “a rising star”, Cricket Australia (CA) Thursday said the untimely death of the batsman was a long-term loss for cricket in the country. “Just shy of his 26th birthday, Phillip has been taken from us far too young. As a cricketer, he was an incredibly talented and dearly loved member of the Australian, South Australian and Adelaide Strikers squads and a former NSW representative. He also played county cricket in England and Indian Premier League (IPL) in India. Without doubt he was a rising star whose best cricket was still ahead of him,” CA CEO James Sutherland said in a statement. Also Read - 'I Thought He's Gone' - Batting Legend Ricky Ponting Recalls Terrifying Moment He Thought His Son Died

“The National selectors had certainly identified him as having a long-term future in the game. It was only a few days ago when announcing the first Test team for the forthcoming Indian series that National selector Rod Marsh said, ‘He’s a hell of a good batsman. He is a very, very good young player who has got 26 first-class hundreds’.” Also Read - India Confirmed Hosts For 2021 ICC T20 World Cup, Australia to Host T20 World Cup in 2022

The 25-year-old Hughes, who represented the national team in 26 Tests between 2009-2013, fractured his skull and suffered massive bleeding in his brain after being hit by bowler Sean Abbot’s bouncer in a Sheffield Shield match between South Australia and New South Wales at the Sydney Cricket Ground (SCG) Tuesday.

Hughes was carried off the ground on a stretcher and treated on the boundary before being rushed to the St. Vincent’s Hospital where he underwent surgery. The match was abandoned following the incident. The left-hander Hughes was in an induced coma at Sydney hospital after undergoing surgery to relieve pressure on his brain. Sutherland expressed shock at Hughes’ sudden demise.

“It’s an understatement to say that we are completely devastated. Our grief runs deep and the impact of Phillip’s loss is enormous but nothing compares to the loss felt by those closest to him. Phillip was a cherished son, brother, friend and team mate,” he said.

“In these darkest of hours cricket puts its collective arms around the Hughes family. To his parents Virginia and Greg and siblings Megan and Jason, we offer our love and endless support.”

Sutherland said Hughes was not only a talented cricketer but also a good person. “We all vividly remember his explosive entrance to Test cricket. In 2009, in only his second Test and at the tender age of 20, Phillip blasted back-to-back centuries against South Africa and only last year showed his class again when he became the first Australian batsman in the history of ODI cricket to score a century on debut,” Sutherland said.

“But it was Phillip as a person that we will miss most. He was a classic example of his country upbringing – humble, understated and hard working. When the chips were down or he had a setback he simply got on with the job and worked harder. He set a wonderful example to any young person seeking to make their way in life.”