The funeral of Australian cricketer Phillip Hughes, who passed away Thursday after being struck on the head by a bouncer, will take place Wednesday, Dec 3. 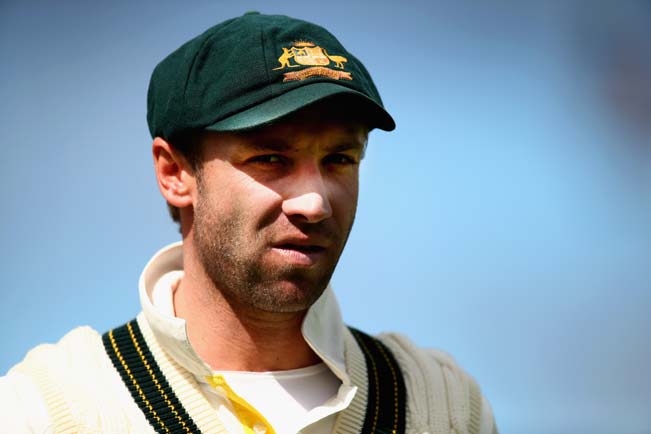 Melbourne, Nov 29 The funeral of Australian cricketer Phillip Hughes, who passed away Thursday after being struck on the head by a bouncer, will take place Wednesday, Dec 3. The Hughes family Saturday confirmed funeral arrangements for their son Phillip, Cricket Australia (CA) said in a statement. The funeral will take place at 2.00 p.m. Wednesday in the Hughes family’s hometown of Macksville in northern New South Wales. Also Read - India Tour of Australia 2020-21: BCCI President Sourav Ganguly's Request For Shorter Quarantine in Down Under Likely to be Rejected by Cricket Australia

It will be held in the sports hall of Macksville High School where Phillip was educated. Given the limited capacity of the hall, overflow areas will be available for guests to watch the service via vision screens set up on the school’s two ovals. The service will be broadcast live by the Nine Network with provisions made for all other television networks. Also Read - 'I Thought He's Gone' - Batting Legend Ricky Ponting Recalls Terrifying Moment He Thought His Son Died

ABC Local Radio and the Fairfax Radio Network will also broadcast the service live around the country. It will also be streamed live on CA’s website and app. Qantas has scheduled two additional flights between Sydney and Coffs Harbour Wednesday for people wishing to attend the funeral. Qantas has provided these services purely on a cost recovery basis. Additional services may be scheduled in the coming days.

The journey from Coffs Harbour to Macksville is approximately 45 minutes by car. CA Chief Executive James Sutherland said: “We are grateful to the Australian community for the overwhelming show of support it has extended to the Hughes family in recent days. The offers of assistance for Wednesday’s service have been remarkable.

“While we know that people from all around the nation want to pay their respects to Phillip, there will only be limited capacity in Macksville, so the work of our broadcasters will help ensure people around the country can follow the service on TV, radio and online.” The SCG Trust and Adelaide Oval will also show Phillip’s funeral service live on their big screen.