The Sydney Cricket Ground will be open to the public on Wednesday for a live screening of Australian batsman Philip Hughes' funeral. 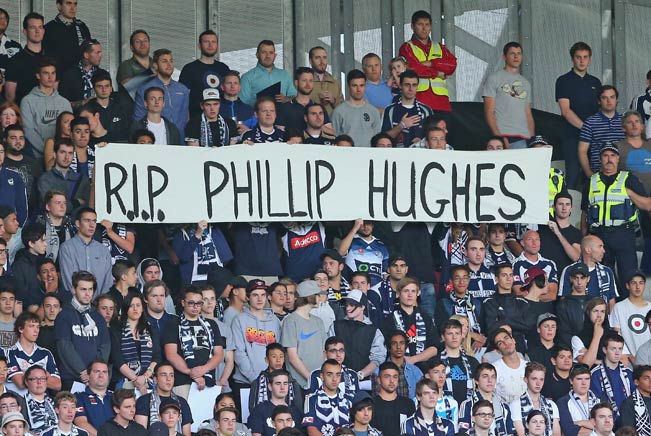 Sydney: The Sydney Cricket Ground will be open to the public on Wednesday for a live screening of Australian batsman Philip Hughes’ funeral. According to report in Daily Telegraph, the SCG will show the live feed of Channel Nine’s broadcast on their super screens. Hughes’ funeral will be held in his home town of Macksville on Wednesday. Also Read - India vs Australia 3rd Test Report: Rishabh Pant, Cheteshwar Pujara Miss Centuries; Hanuma Vihari-Ravichandran Ashwin Secure Draw

Hughes last knock of unbeaten 63 was at the SCG before he collapsed at the pitch after being hit by a Sean Abbott bouncer around the neck last Tuesday during a Sheffield Shield match between South Australia and New South Wales. “Phillip made his first-class debut at the SCG and played his first Test on Australian soil at the SCG,” SCG’s chief executive Jamie Barkley said. Also Read - IND vs AUS: Navdeep Saini Peels Banana For Injured Ravindra Jadeja During Day 5 of 3rd Test at SCG, Heartwarming Gesture Wins Hearts | WATCH VIDEO

“He played more first-class and Test cricket at the SCG than any other venue in the world. “We invite the people of NSW to pay their respects to Phillip by watching his funeral service at the SCG. It is fitting that the people whose lives he touched can say farewell from a ground where he had so much success,” he said.