Photos: Unseen Sachin Tendulkar Pics That Prove he is Demi-God

Arguably the best batsman ever to have played the game between the 22 yards, Sachin Tendulkar is known as the epitome of batsmanship. Having played the game at the top level for almost two and a half decades, longevity is something that makes him stand apart from the rest. His records of most runs and centuries in ODIs and Tests still remain unchallenged after almost a decade from his retirement.

At the age of 16, when others were preparing for their Class 10 examinations, Tendulkar was tackling Pakistani pacers bowling quality reverse-swing at pace. One could say that is unfair for a 16-year old, but such was his talent that he went on to become the best in the world.

While Tendulkar enjoys a massive fanbase, there are moments in his life that even his die-hard fan may have not had the opportunity to chance upon.

Here are five such pictures of the player fondly called the ‘God of Cricket’. 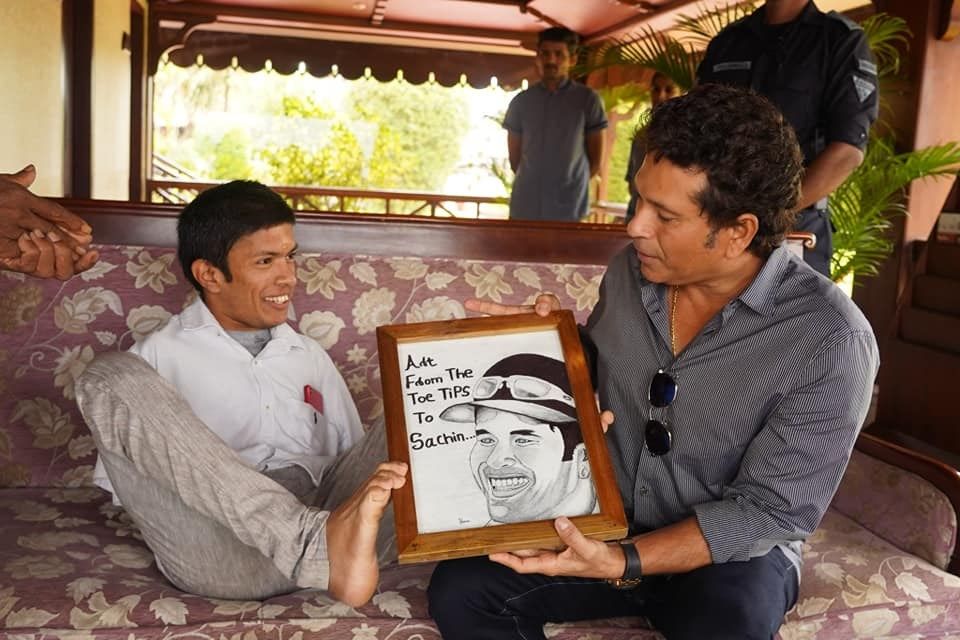 You may have come across innumerable Tendulkar fans in your lifetime, but did you ever see this? Here a specially-abled fan gifts Tendulkar his portrait and what makes it special is the fact that he has drawn it with his toe. 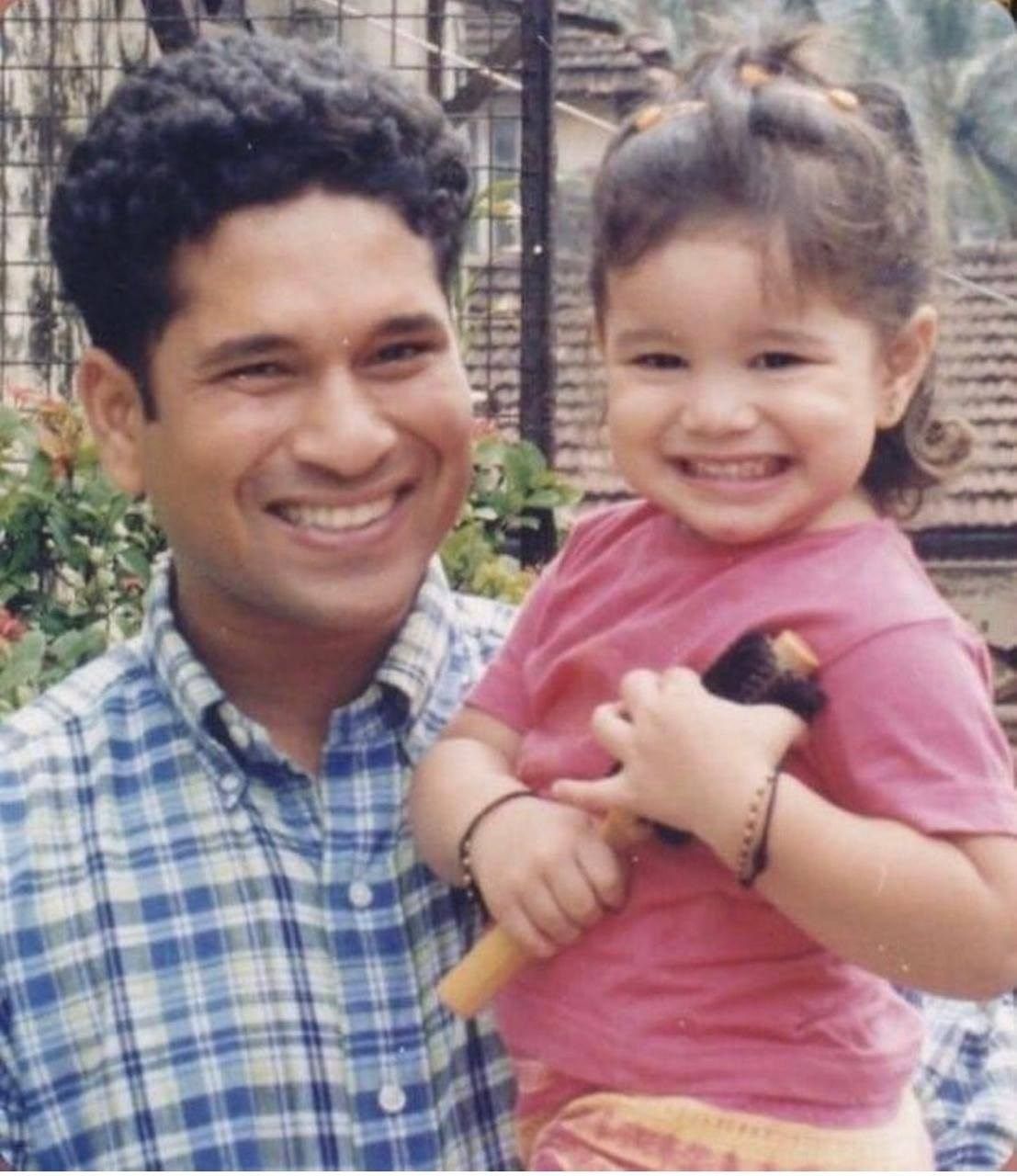 This is a picture of Tendulkar holding a very young Sara. A very rare picture that Tendulkar fans may have missed. 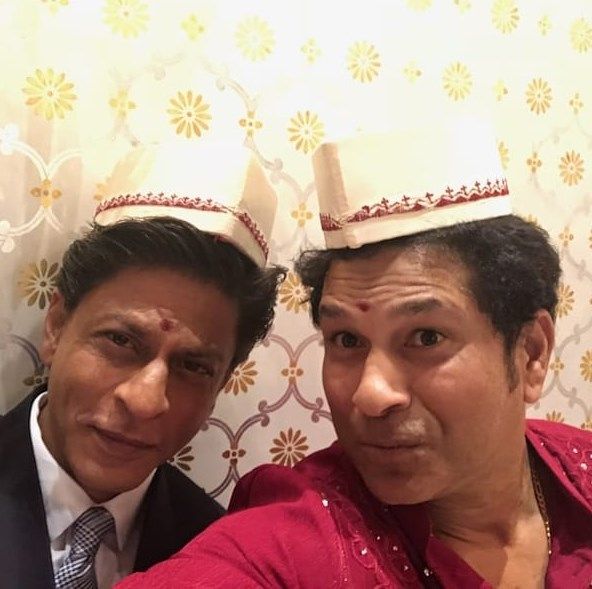 Does it get any better? This is a rare occasion when SRK met SRT. Both stay in Mumbai but have rarely been clicked together, this is one such occasion when it happened. 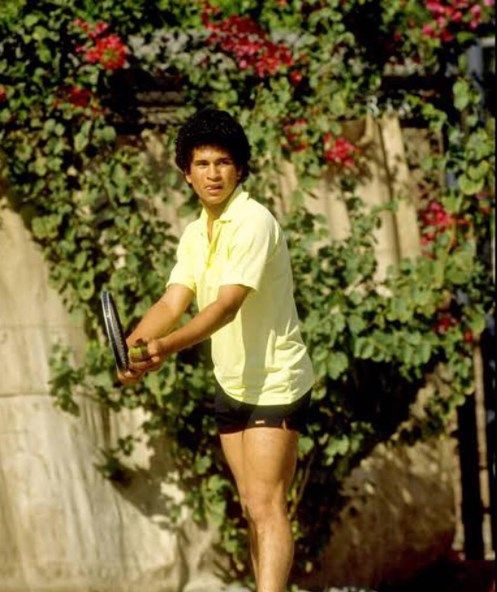 It is no secret that Tendulkar is a big tennis fan and has often been spotted at the All England Club during Wimbledon. Does his stance have any resemblance with Roger Federer? 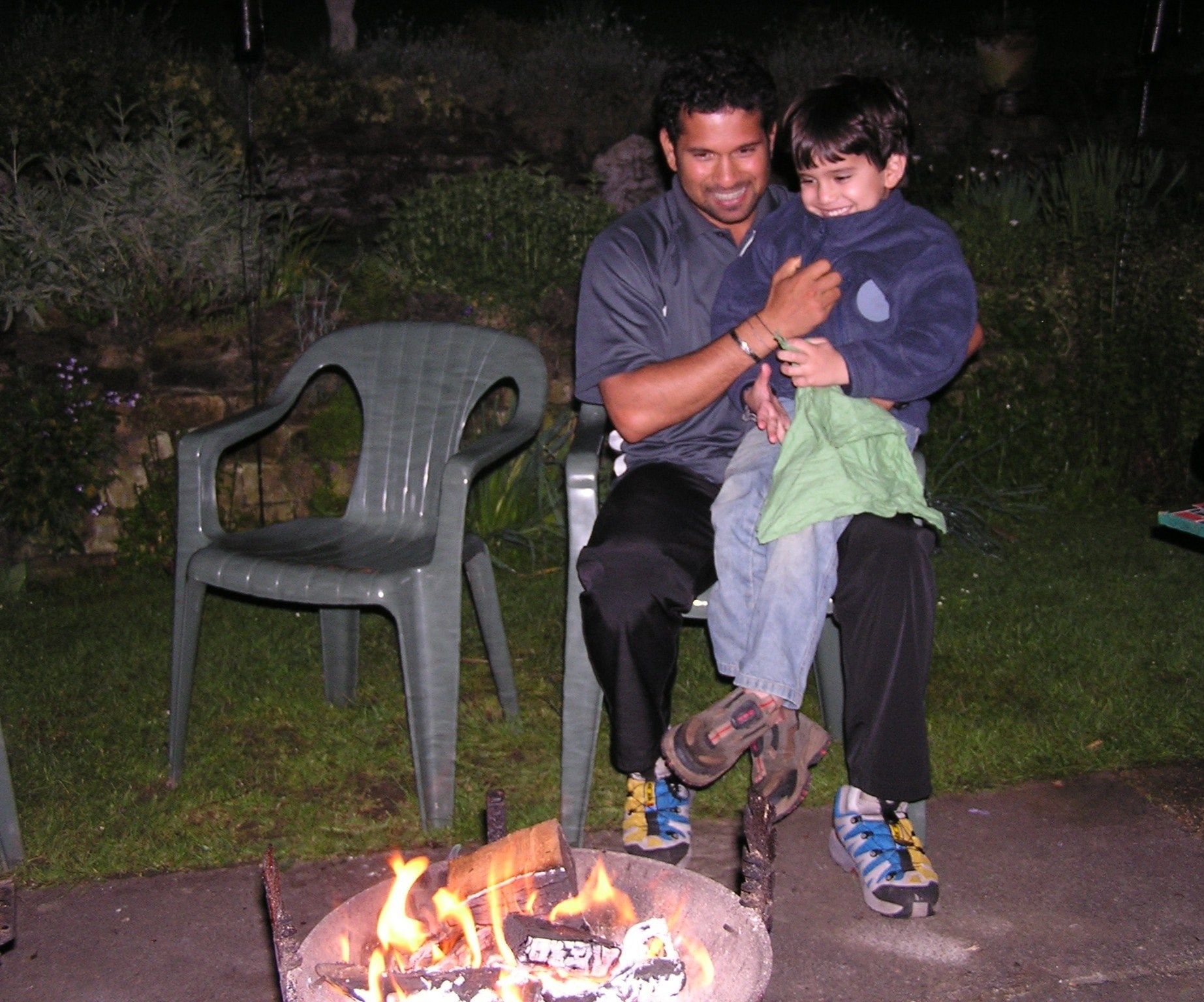 Should we do a Then & Now? (Image: Facebook/ Sachin Tendulkar Fan Page)

An old picture around the early 2000s when Tendulkar spends time with a very young Arjun over a bonfire night. This is a rare picture very few fans may have seen.