Balbir Singh is three-time Olympic gold medallist & the only player to score five goals in an Olympic Hockey final. 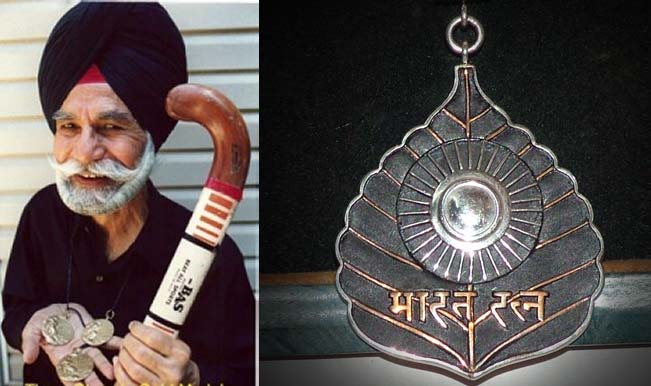 Chandigarh, Sep 19: Punjab Chief Minister Parkash Singh Badal today recommended the name of Balbir Singh (Senior) for the country’s highest civilian honour, the Bharat Ratna, to Prime Minister Narendra Modi. In a letter to the Prime Minister, Badal said that Balbir Singh (Sr) was a legendary hockey player and the only Indian to have been chosen by International Olympic Committee for the rare honour of featuring as one of the 16 greatest sportspersons of all times since the start of Olympic Games. Also Read - Mann Ki Baat: Farmers Playing Major Role in Building Atmanirbhar Bharat, Says PM Amid Protests Over Farm Bills

Apart from being a rare triple Olympic gold medallist, Balbir was the only player in the world to have scored five goals in an Olympic final of any team sport, Badal wrote in his missive, an official release said here. Also Read - India's COVID-19 Tally Nears 6 Million; 10 States, UTs Account For 75% of New Cases | Key Points

“This unique record, which features in the Guinness Book of World Records, has stood unchallenged by anyone in any sport since Balbir Singh created it over 62 years ago – in 1952,” he said. Badal mentioned that Balbir led the Indian hockey team to its third successive Olympic gold, featuring in all three as a player also — in 1948, 1952 and 1956.

He informed Modi that even after his playing days were over, Balbir continued to render outstanding services for the glory of the nation, steering India as team manager to the country’s only World Cup triumph at Kuala Lumpur in 1975. Balbir has rendered outstanding services to the nation and to sports in many other capacities, leading a revival of hockey in the country as an administrator, manager, coach and author, Badal said.

“Balbir Singh shines as a rare and most outstanding legend in his lifetime, and no other sportsperson in the country or for that matter from any other country has ever scaled the heights of Olympic glory as he has done,” said Badal. The Chief Minister reiterated his request to consider Balbir Singh (Sr) for the highest honour of the nation, the Bharat Ratna.