PV Sindhu wins silver in badminton at Rio Olympics 2016: This is how newspapers reacted to Sindhu’s historic feat

A medal at Olympic is big news for any country. And if it comes after series of disappointments it becomes extraordinary. Same happened with India. PV Sindhu claimed country’s second medal and first silver at Rio Olympics 2016. In quest of elusive gold, the world number ten badminton player in finals of women’s singles match lost to Spain’s Carolina Marin to settle for silver. Also Read - Badminton | Thailand Open: PV Sindhu Storms Into Quarterfinals; HS Prannoy Bows Out

With Sindhu claiming the silver the celebrations began all over India. Social media and news channels were all praises for her achievement. She became the trending topic and gave India an everlasting moment to cherish. Also Read - Badminton: Saina Nehwal And Co. Leave For Thailand, PV Sindhu to Fly From London

Apparently, in the morning Sindhu was all over the national newspapers. Grabbing attention on the front page of some and with a catchy headline on some. Here we take a look at how some newspapers reacted to Sindhu’s silver-winning effort. 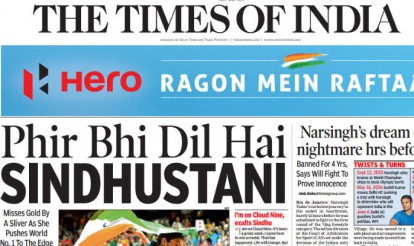 Hindustan Times has an almost identical headline to TOI. 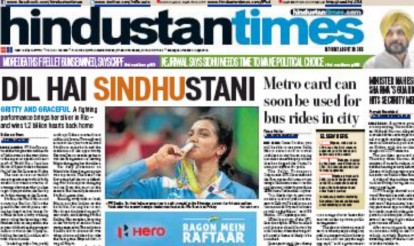 The Indian Express on its front page included not just Sindhu but bronze medal winner wrestler Sakshi Malik as well. 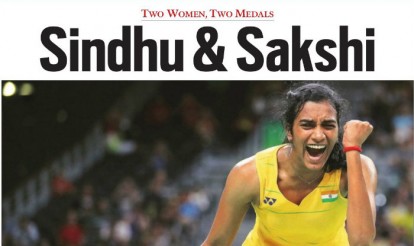 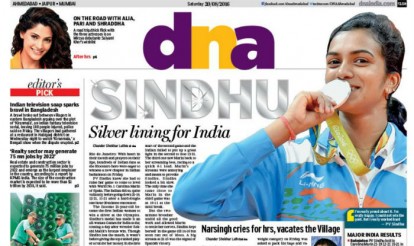 Sindhu became the first badminton player to win the Olympic silver medal. She bettered the Saina Nehwal’s bronze-winning feat at 2012 London Olympics. Sindhu did manage to give world number one Marin some tough time in the finals and fought hard till the end.