It is looking more and more likely that Rafael Benitez will be named the new coach of Real Madrid as the replacement to Carlo Ancelotti next week. 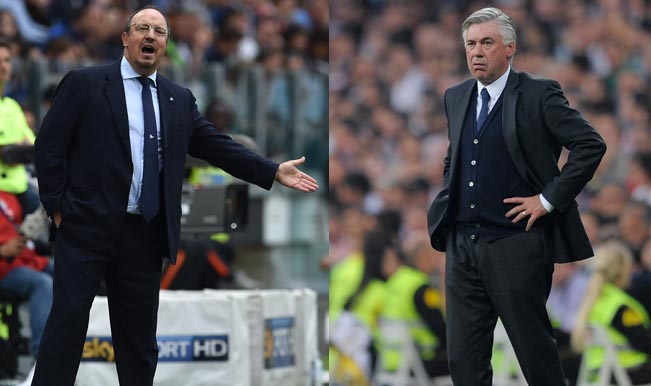 Madrid, May 26: It is looking more and more likely that Rafael Benitez will be named the new coach of Real Madrid as the replacement to Carlo Ancelotti next week. The current Napoli boss is the favourite to replace Ancelotti, whose sacking was confirmed by Real Madrid president Florentino Perez on Monday evening. Perez, not for the first time in his reign as president, said Real Madrid needed a “new impulse” and Benitez is increasingly looking like the chosen man to provide it, reports Xinhua. Also Read - Cristiano Ronaldo, Lionel Messi Could Have Played Together at Barcelona: Former Real Madrid President Makes Shocking Revelation Ahead of Transfer Season

“It’s 99 percent certain Benitez will coach Real Madrid,” said Bronzelli. When asked about Ancelotti’s future, he confirmed the coach would take a year off work in order to undergo back surgery.

“That is his intention,” he said, adding that when the news of his client’s sacking was confirmed, some Real Madrid players “cried”. Cristiano Ronaldo on Saturday made a public support to Ancelotti by publishing a tweet in which he said he “hoped to work” with him next season.