He made the men's singles last 32 with a straight sets win over compatriot Nicolas Almagro at Roland Garros. 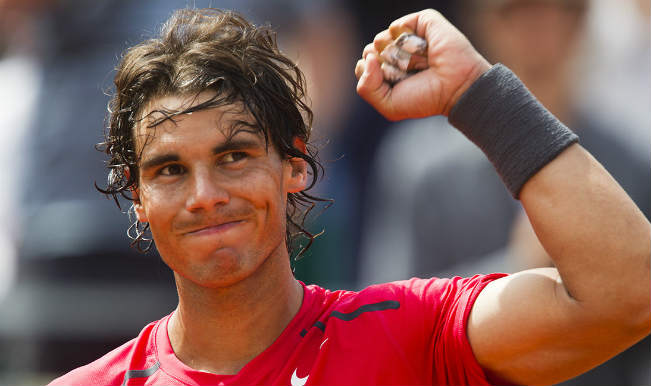 Paris, May 29: Spain’s tennis champion Rafael Nadal here said it would be great news for football if the senior officials arrested amid a FIFA crisis were confirmed to be guilty. “I don’t have 100 percent information, and maybe nobody have the 100 percent information today (Thursday) yet. So it’s difficult to talk about,” Xinhua quoted him as saying at a post-match press conference. (Read: Rafael Nadal vs Nicolas Almagro, French Open 2015: Free Live Streaming and Tennis Match Telecast Round 2 from Roland Garros) Also Read - Year Ender 2020 News: From MS Dhoni's 1929 Bomb to Maria Sharapova's Heartfelt Goodbye Speech - Top-10 Sporting Retirements in 2020

He made the men’s singles last 32 with a straight sets win over compatriot Nicolas Almagro at Roland Garros. “But it’s obvious that, I mean, in the world of sport, in the world of football, in the world of tennis, politics, around the world, we need people who are fair and who are ready to work in a good way, being honest.” Also Read - Not CR7 or Lionel Messi, Rafael Nadal's Favourite Footballer is Brazil Legend Ronaldo

“And if there is some people that are not being honest with the rest of the people, then they don’t deserve to be where they are,” he said.  “So if that’s what happened on that case with some people of FIFA, is great news that these people will not be there again.” “It’s important to have the right people at every place,” he added.

FIFA were hit on Wednesday when nine high-profile FIFA officials and five corporate executives were arrested in Zurich and charged by the US for racketeering, wire fraud, and money laundering. The crisis came with just two days before the soccer’s world governing body was to hold the presidential re-election.