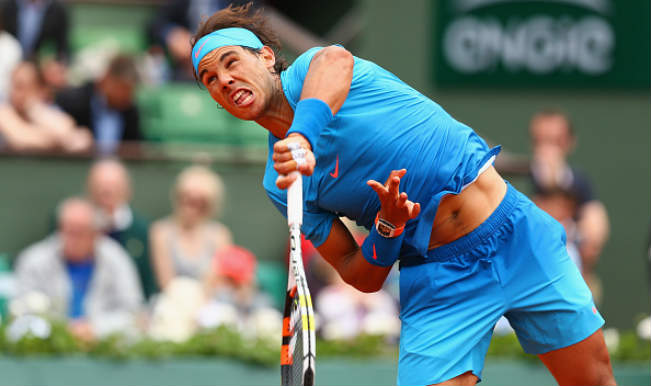 Five-time defending champion at Roland Garros Rafael Nadal will take on a known opponent Nicolas Almagro in the second round clash of the French Open 2015 on May 28. The sixth seed enjoys a 12-1 head-to-head record over fellow Spanish countryman. The match is scheduled to begin at 4.30 pm IST (11.00 am GMT, 7.00 EST) at the Philippe-Chatrier Court in Stade Roland Garros. The nine-time French Open champion enjoys a massive following amongst the Indian viewers who can catch his second round clash with the broadcasting done by Neo Sports, Ten Sports and Star Sports respectively.UK viewers can watch the Rafael Nadal vs Nicolas Almagro match on ESPN. Live streaming services for viewers around the world will be available through ESPN’s official website. Real-time score updates and additional live streaming links will be available on the official website of Roland Garros and Tennis TV. Also Read - Australian Open 2021 Delayed Due to COVID-19, Set to Begin From February 8 in Melbourne: ATP

Nadal who has been seeded sixth by the organisers much to the dismay of the fellow players seemed to get on with the business at his good hunting ground. He slayed past 18-year-old qualifier Quentin Halys in the first round to set up a meeting with Nicolas Almagro against whom he is 12-1 up in the professional meetings so far. The sole loss came in the previous year when Nicolas Almagro registered the famous victory in Barcelona. But Nadal who is coming off the worst pre-grand slam season is looking determined to keep the critic quite with his performance. Also Read - ATP Finals 2020 Results: Dominic Thiem Beats Rafael Nadal in Straight Sets to Boost His Chances of Reaching Semifinals

Nicolas Almagro who dispatched Alexandr Dolgopolov in his opening round in four sets is not new to playing at top level. He has risen to as high as No. 9 in ATP World Rankings and can make Nadal stretch into the match. In what is expected to be quite a thrilling, tricky second round match for the 14-time grand slam champion, Nadal fans would still pin their hopes on their man to win in straight sets.