Former cricketer Rahul Dravid, who is India's ambassador for the tobacco control campaign, has written to Health Minister J P Nadda urging him to implement the new pictorial warnings from April 1. 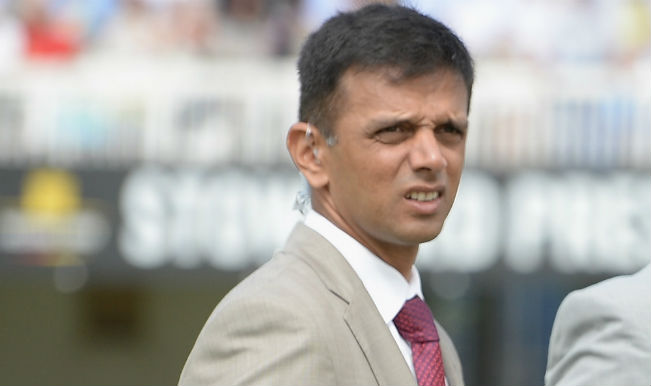 Also Read - Rahul Dravid on Receiving Praise For India's Historic Series Win Over Australia: 'The Boys Deserve All The Credit'

New Delhi, Mar 9: Former cricketer Rahul Dravid, who is India’s ambassador for the tobacco control campaign, has written to Health Minister J P Nadda urging him to implement the new pictorial warnings from April 1 and ensure that existing loopholes in the legal framework that are exploited by tobacco industry are plugged. “I am happy to note that the Health Ministry is taking strong measures to protect the citizens of India, particularly youth, from the lethal tobacco addictions,” Dravid said in his letter to Nadda today. (Also read: When a blind cricket fan meets Rahul Dravid (Watch heart-melting video)) Also Read - Rahul Dravid Trends After Rishabh Pant, Shubman Gill, Shardul Thakur, Washington Sundar Help India Beat Australia at Gabba

“Particularly, I would like to congratulate the Health Ministry for mandating 85 per cent pictorial health warnings for tobacco product packages to be enforced from April 1, 2015. I understand that the Ministry is also in the process of strengthening the overall Indian tobacco control law. “I urge the Ministry to ensure that all provisions are adequately reinforced to plug any existing loopholes in the overall Indian tobacco control law that are exploited by tobacco industry,” the former Indian cricket team captain said. Also Read - IND vs AUS 2020: 'Ajinkya Rahane is The Mirror Image of Rahul Dravid'

The Ministry on October 15 last year had issued a notification directing tobacco manufacturing companies to devote at least 85 per cent of the surface areas of all tobacco products on both sides to graphically and literally represent the statutory warning. The move had made India a top ranker in terms of display of caution on packages.