Kalra's unbeaten 101 off 102 balls ensured India's win in the Under-19 World Cup final and the 19-year-old left-hand batsman wants to learn more about finishing games in style from the captain of the senior team Virat Kohli.

New Delhi, Feb 16: When master batsman Rahul Dravid is the coach of a team, you would believe the talks in the nets and dressing room would largely be about how to polish the batting technique. However, Rahul ‘The Wall’ Dravid doesn’t like ‘teaching’ much, ICC Under-19 World Cup star Manjot Kalra has revealed.

In an exclusive interview with India.com, Kalra, who scored a fantastic ton in the final of the Under-19 World Cup against a formidable side like Australia, said Dravid doesn’t pressurise young players by harping upon their playing technique rather he allows every individual to focus on their own set of skills.

Heaping praise on the former India batsman, who is considered as one of the most technically sound batsmen cricket has even seen, Manjot Kalra said Dravid always stressed on keeping things simple and playing your national game.

“He (Dravid) doesn’t like to talk much about technique unless you seek his advice. He mainly talks about how to tackle mental pressure and is pretty much the same both on and off the field…he is a humble human being,” Kalra said. (Also Read: Manjot Kalra: Australian Bowling’s Nemesis in U19 CWC Final)

Talking about his camaraderie with Under-19 captain Prithvi Shaw, Kalra said it was great experience to share the dressing room with someone like Shaw. “We have been playing (in the Under-19 team) for a long time now…we share a very good bonding. It was a wonderful experience to play under him and also learn from him. He guided us with great skill during the whole tournament…everyone in the team  listens to him,” Kalra added. 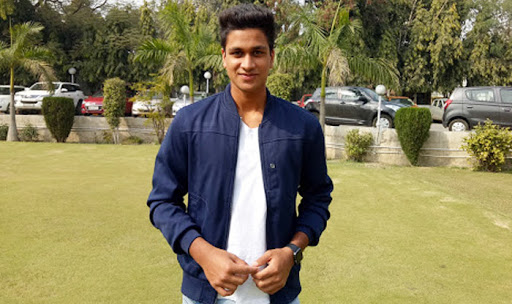 Manjot Kalra has been picked by Delhi Daredevils for IPL 2018.

Kalra also didn’t forget to mention his teammate Anukul Roy’s contribution in India’s World Cup triumph. Roy, who comes from a small town of Samastipur in Bihar, was the leading wicket taker at the ICC U-19 World Cup and Kalra believes he has everything in him to make it to the senior squad. “It’s good that young talents are coming up from small towns of the country and doing good at the international stage. We have seen what (MS) Dhoni has done for us,” he said.

‘Excited to Play IPL, Want to Learn From Virat Kohli’

The Delhi lad who was picked by his home franchise, Delhi Daredevils, to play in the upcoming the 11th edition of the Indian Premier League (IPL), is excited to play in the T20 league which he said will provide opportunity to rub shoulders with some of the best national and international stars.

“I am excited for the IPL. So far, I have been playing, facing under-19 bowlers and now I will be in a team which has top international players like (Kagiso) Rabada, (Chris) Morris, Mitchell Starc and others. It will be a tough competition but if I get a game I will try to utilise that opportunity to the fullest,” Kalra said. (Also Read: Prithvi Shaw, Manjot Kalra, Shubman Gill Among 5 Indians in The ICC U19 World Cup 2018 Team)

Kalra’s unbeaten 101 off 102 balls ensured India’s win in the Under-19 World Cup final and the 19-year-old left-hand batsman wants to learn more about finishing games in style from the captain of the senior team Virat Kohli. Talking about the one thing which he likes the most in Kohli, Kalra said it was his skill to chase down huge targets. “He doesn’t leave a game in between…while chasing…once he gets settled in the middle he goes on to finish the game,” Kalra said.

While his batting style suits ODI and T20 formats more, the youngster wants to don the whites for India too. “I would like to do well in all the three formats. Test cricket is the ultimate test for a cricketer…going ahead I would want to be part of India Test team,” Kalra said.