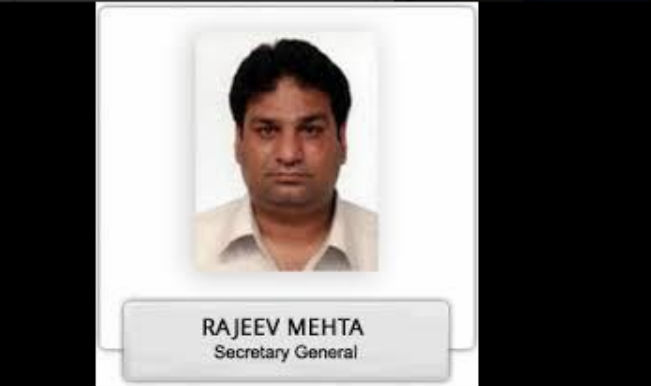 New Delhi, Aug 6: Indian Olympic Association (IOA) secretary general Rajeev Mehta today reitirated that there was some serious confusion as no charges were framed against him in the alleged drunk-driving case in Glasgow and is now mulling legal action against Scotland Police for damaging his reputation. Also Read - IOA Chief Narinder Batra Asks For EC Approval For New Committees, Rajeev Mehta Objects

Asked whether he is planning legal recourse after being detained by the Scotland Police, Mehta replied, “Yes, may be I will talk to my lawyers and then I will decide,” the IOA secretary general told reporters on arrival here today. “There were no charges levelled against me. I was innocent then and I am innocent now. There are no problems,” Mehta said. He also added, “There were some confusions but everything is clear now.” Also Read - IOA Infighting Should End For The Good of Indian Sports: Rajeev Mehta

When asked, what if Scotland Police again open the case, Mehta said that he is not at all worried as he has been cleared of any wrongdoing. While replying to questions on alleged financial irregularities in Dehradun which the Uttarakhand government is probing, he said, “It has been done 10 years back. Everything, every investigation has been done.”