To fill the F1 void, Star Sports, India’s leading sports broadcaster, is providing fans the opportunity to relive some of the best Formula 1 rivalries and races over the years.

Nothing excites a Formula 1 fan more than the sight of smoking tyres, the ear-splitting sound of the V6 turbo engine and, of course, the enthralling duels on the track. However, the COVID-19 pandemic has delayed the much-awaited 2020 season of Formula 1. Also Read - Singapore F1 Say 'Not Feasible' to Hold Race Behind Closed Doors: Organisers

To fill the F1 void, Star Sports, India’s leading sports broadcaster, is providing fans the opportunity to relive some of the best Formula 1 rivalries and races over the years. From the legendary duels between Ayrton Senna and Alain Prost, the spectacular crash-filled rain-hampered races and to the dominance of a certain Michael Schumacher, Formula 1 fans in India can watch some of the best F1 races over the years on Star Sports Select 2 from April 10th onwards, every Friday (7-8 pm), Saturday (&-8 pm) and Sunday (7-9 pm). Also Read - Formula One: Daniel Ricciardo to Join McLaren in 2021 as Carlos Sainz Replacement

Some of the key races that will be relived are as follows: Also Read - Remote Possibility That F1 Championship May Not Happen This Year, Says CEO Chase Carey 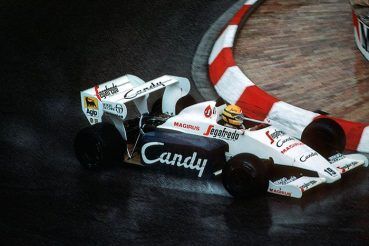 A classic in the rain-soaked street circuit in Monaco, the 1984 Monaco Grand Prix was the birth of the legendary rivalry between Ayrton Senna and Alain Prost. Senna started the race 13th with Alain Prost taking the pole. With heavy rain pelting the circuit, Prost and a resurgent Senna duelled for the lead only for the race to be stopped. Even though Senna was in the lead, the win was awarded to Prost according to F1 rules.

1992 Monaco Grand Prix: Ayrton Senna and Nigel Mansell in a battle for the ages

Another Ayrton Senna classic at Monaco, the Grand Prix had one of the best finishes ever in Formula 1 history. Nigel Mansell led the race comfortably until he was forced into the pits on lap 70 and then emerged behind Senna out of the pits. Mansell quickly cut Senna’s lead and the pair battled for the last three laps. Senna defended with everything he had and pipped Mansell to the chequered flag by just 0.2 seconds, one of the closest finishes in F1 history.

The 1993 European Grand Prix is widely regarded as one of Ayrton Senna’s finest. Starting in fourth, Senna spectacularly overtook each of his rivals in the first lap itself to take the lead. Such was Senna’s dominance on a rainy day that he lapped every single driver on the grid except for second-placed Damon Hill. 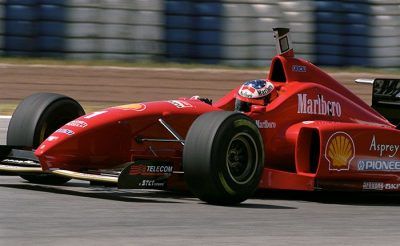 Michael Schumacher earned his first Grand Prix win for Ferrari at the 1996 Spanish GP in stunning fashion. With torrential rain hampering racing, the German produced a stunning drive and proved why he is considered Regenmeister (rain master). Schumacher effortlessly won a race that had left many of his rivals struggling to stay on track with 13 drivers crashing out due to treacherous conditions.

The 1998 Belgian Grand Prix was raced even as heavy rain pelted the circuit at Spa. The race got off to a disastrous start when David Coulthard lost control of his car and caused a 13-car collision which led the race to be stopped. Schumacher took the lead took the lead on the eight lap and led until the 25th. However, the German crashed into Coulthard while trying to lap him and retired. A very angry Schumacher stormed into the McLaren pits to confront Coulhard and nearly got into a fight. Damon Hill won the crash-filled race which saw only eight cars make it to the chequered flag.

1999 Canadian Grand Prix: The Wall of Champions is born

The 1999 Canadian Grand Prix was a memorable race in that it gave F1 fans the Wall of Champions. The Canadian Grand Prix featured four World Champions of which three would crash at the exact same spot over the course of the race. Damon Hill, Michael Schumacher and Jacques Villeneuve all crashed into the same wall. Over the years, World Champions Jenson Button, Sebastien Vettel and Nico Rosberg have also made their marks on the Wall of Champions. 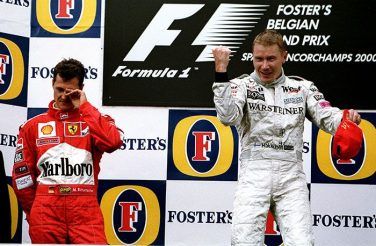 The 2000 Belgian Grand Prix was witness to one of the best overtakes in Formula 1 history. Rivals Mika Hakkinen and Michael Schumacher were locked in a fierce contest in the overall championship coming into Spa. On lap 41, Schumacher and Hakkinen both looked to lap Ricardo Zonta with the Finn taking the inside line while Schumacher went outside. Hakkinen emerged in the lead after the brilliant manoeuvre and took the chequered flag. 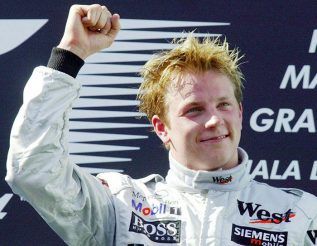 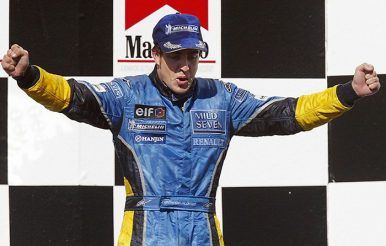 After missing out on a first Formula 1 win in Malaysia, Fernando Alonso came into the Hungarian Grand Prix itching to get a first win under his belt. The weekend saw the Spaniard at his best as he clinched pole and then became the youngest-ever Formula 1 race winner breaking the old record set by the legendary Bruce Mclaren.

Catch these and more classic Formula 1 races exclusively on Star Sports Select 2 on Fridays, Saturdays and Sundays from 7 pm onwards.