It is Even-Stevens with a day still to play at Southampton. All three possibilities are open when India takes on New Zealand on the Reserve Day of the ongoing World Test Championship final on Wednesday. Going into the last day, India is 32 runs ahead and they have eight wickets left. With skipper Virat Kohli and Cheteshwar Pujara unbeaten for India, they would look to build on the lead but for that to happen – the weather would have to permit it.Also Read - Lord's Likely to Host World Test Championship Final in 2023

Would be interesting to see India’s strategy and up early as that would hint what are their plans. One feels India could declare once they go past 180-200. The weather finally has something that would bring a sigh of relief for the fans as rain is predicted to stay away. It would be overcast and cloudy, but the chances of rain are next to nil. But again, it is England, and only a fool can forecast the weather. Also Read - IND-W vs NZ-W: Wicket Wasn't Unplayable But We Didn't Have a Batter To Take The Game Deep, Says Mithali Raj 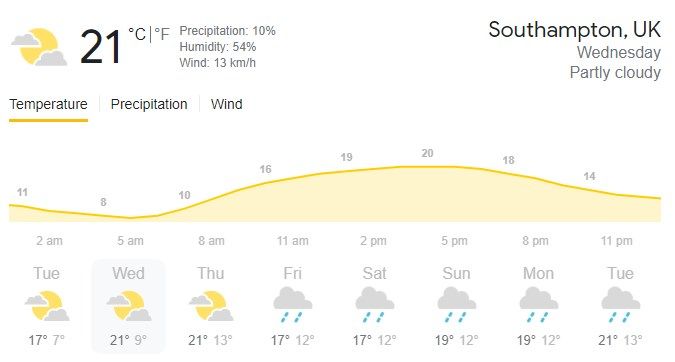 ICC on Reserve Day: “In the event of time being lost during the match, the ICC match referee will regularly update the teams and media about the way in which the reserve day may be used. The final decision on whether the reserve day needs to be used will be announced at the scheduled start of the last hour on the fifth day,” an ICC statement said. Also Read - ICC Women's World Cup 2022: India Handed 62-Run Loss by Hosts New Zealand