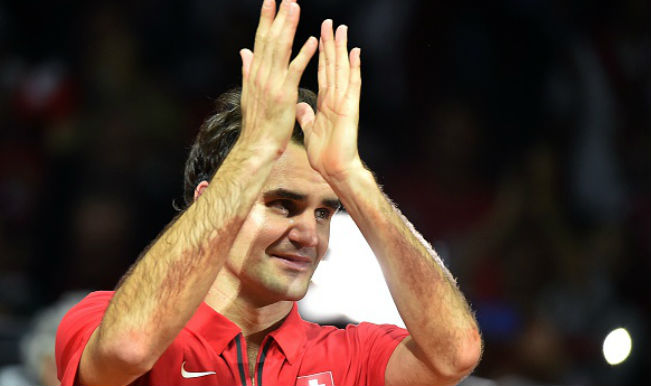 Undoubtedly regarded as one of the best tennis players in the men’s tennis, Roger Federer added another feather in his cap after helping his nation win the maiden Davis Cup title on Sunday. The 33-year-old, Federer blasted World No. 27, Richard Gasquet in straight sets 6-4, 6-2, 6-2 as Switzerland defeated France 3-1 and win 2014 Davis Cup by BNP Paribas. Also Read - French Open 2020 Final: Chris Evert Calls Out Novak Djokovic For 'Rivalry With Rafael Nadal Biggest in Sport' Comment

Federer playing his reverse singles match against the last minute replacement Richard Gasquet who came in for Jo-Wilfried Tsonga looked in red-hot form right from the word go. The 17-time grand slam winner broke the 28-year-old Gasquet in the third game of the opening set, something the Frenchman could recover from and eventually lost it 6-4. With the game progresssing further, one saw the more ruthless side of Federer as he ripped apart his opponent. Roger was right on money with his blistering bacckhands, tidy serve and volley at the Stade Pierre Mauroy that saw record number of 27,448 spectators. Also Read - French Open 2020: Novak Djokovic Showers Big Praise on Rafael Nadal After Historic Roland Garros Triumph, Says Today You Showed Why You Are King of Clay

It was memorable sight especially for team-mates Roger Federer and Stan Wawrinka who were said to be going through a rough phase before the start of the tournament. A win by Federer meant only joys for an excited Wawrinka who was seen supporting his fellow team-mate and pal enthusiastically from the sidelines.