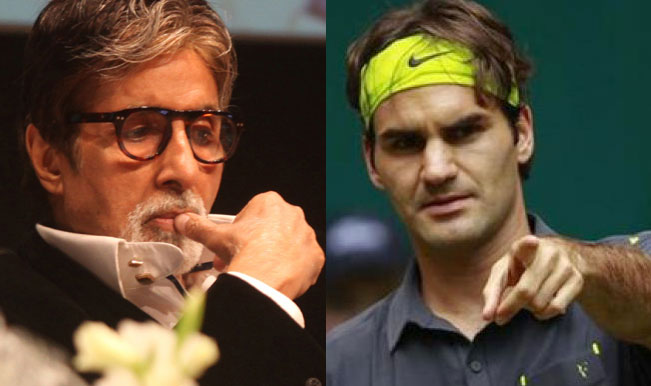 The incident comes at the back of Maria Sharapova’s comments at Wimbledon when she said she didn’t know Sachin Tendulkar. While the social media was filled with Sharapova hate messages including #WhoIsSharapova trending on Twitter, this time the angry mob has taken to the streets of Delhi. The scene looks to have come straight from the 1970s Bollywood film where Amitabh Bachchan epitomised the Angry Young man charecter Also Read - "Begum Gayiin"! Farrukh Jaffar of Gulabo Sitabo Fame Passes Away at 88

This was Federer’s first visit to India. During the break Federer was asked about his experience, to which he replied saying, “This is only my fourth mixed doubles pairing after Mirka, Martina (Navratilova), (Martina) Hingis.” However, when he was asked whether he knew that Amitabh Bachchan had come to watch his match, Federer replied saying, “I don’t know Amitabh Bachchan”.  Despite thrashing his opponents 6-0 in a mixed doubles match alongside Sania Mirza, his trip to India doesn’t seem to have started on a good note. This was his first match for the Micromax Indian Aces and it remains highly doubtful whether he will be playing in the non-Indian leg of the tournament.

Please note, this is a work of fiction and holds no resembles to any event occurred during the tournament. We truly believe that even if Federer doesn’t know Big B, there is nothing to fret about. It is highly unlikely that international sportsmen will know Bollywood stars. However, the above write-up is a fake news.