Federer and Wawrinka have since moved to play down the spat, saying all was well ahead of their Davis Cup final against France in Lille this weekend. 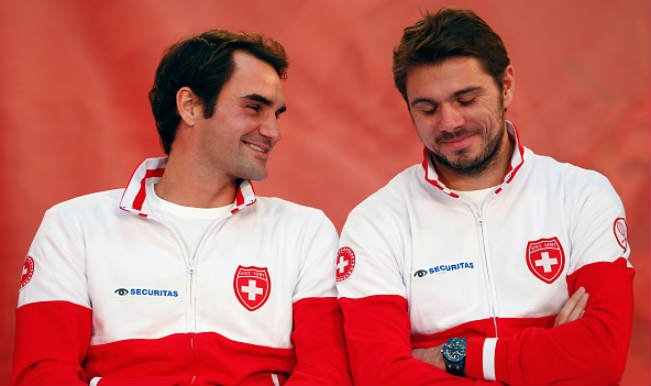 Sydney: 17-time Grand Slam champion Roger Federer’s wife Mirka reportedly called her husband’s opponent Stanislas Wawrinka a cry baby during a crucial period of their ATP World Tour Finals semifinal this week. After watching three match points, Wawrinka pulled away just as he was about to return a Federer serve in the 11th game of the deciding set. He then complained about Mirka’s vocal encouragement of Federer, telling the umpire, ‘not just before the serve’. Also Read - French Open 2020 Final: Chris Evert Calls Out Novak Djokovic For 'Rivalry With Rafael Nadal Biggest in Sport' Comment

This prompted Mirka to hit back and call her husband’s Davis Cup teammate a ‘crybaby’, News.com.au reported. Wawrinka then asked Federer what his wife had said. After the match, which Federer eventually won 4-6, 7-5, 7-6 (8-6), he and Wawrinka had a lengthy exchange that John McEnroe believes likely led to 17-time Grand Slam champion pulling out of the final with Novak Djokovic, citing a back injury. Also Read - French Open 2020: Novak Djokovic Showers Big Praise on Rafael Nadal After Historic Roland Garros Triumph, Says Today You Showed Why You Are King of Clay

Federer and Wawrinka have since moved to play down the spat, saying all was well ahead of their Davis Cup final against France in Lille this weekend. Federer said that he was still hopeful of playing for the Swiss, despite his injury, in a bid to claim one of the few trophies that has eluded him in his legendary career.

He later described his spat with compatriot Wawrinka as a ‘heat-of-the-moment’ thing. He said that they are friends and not enemies and it was the result of a highly intense match. Federer said that they had a conversation after the match and everyone is totally relaxed about the situation.

On the other hand, Wawrinka said that it took them five minutes to talk about it and have already moved on to the next target, the Davis Cup. Federer posted a photograph of himself and Wawrinka on Twitter, posing with the rest of the Swiss team, who are preparing for the final in Lille.