India cricketer Rohit Sharma is now a proud father to a baby girl after Ritika Sajdeh gave birth the baby while her husband was in Australia for the Test series.

India cricketer Rohit Sharma is now a proud father to a baby girl after Ritika Sajdeh gave birth the baby while her husband was in Australia for the Test series. But now, the cricketer has been relieved of his duties and he has boarded a flight from Australia to be beside his wife during this time. According to media reports, Rohit will not be a part of the Indian team in the final Test at Sydney and in all probability, Hardik Pandya could be his replacement. Rohit confirmed the news that he would be a father recently in an exclusive chat with former Australian captain Michael Clarke. Here is an Instagram story that confirms it is a baby girl. Also Read - SA vs ENG 2020, 2nd T20I Match Report: Dawid Malan's Fifty Guides England to Four-Wicket Win vs South Africa; Visitors Take Unassailable 2-0 Lead 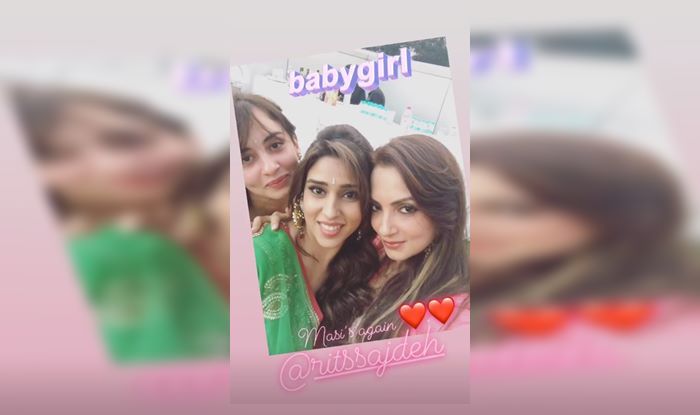 And here is how Twitter congratulated Hitman: Also Read - 2nd ODI India vs Australia 2020: KL Rahul Jokes About David Warner's Injury, Says Will be Nice if he Gets Injured For Long Time

Congratulations to @ImRo45 and @ritssajdeh on being blessed with a baby girl! #RohitSharma#RitikaSajdehpic.twitter.com/fxBQbquCWR Also Read - India vs Australia 2nd ODI: Hardik Pandya Bowls For First Time in Over a Year With Remodelled Action, Picks up Important Wicket of Steve Smith

Congrats to Hitman @ImRo45 and his wife #Ritika for being blessed with a baby girl yday. #RohitSharma#RitikaSajdeh

The cricketer would hope the new addition to the family will bring more luck for him as 2019 is a big year for Rohit. 2019 will see the World Cup being held in England and Wales of which Rohit will be a massive part of the team as he will be opening the batting for the country.

Rohit got among the runs in the Melbourne Test after missing out on the Perth Test due to injury. He scored 64 which helped India get a huge first innings total.

For India, it was Cheteshwar Pujara’s 17th ton laced with a 170-run partnership with India captain Virat Kohli is what set it up for the visitors before Jasprit Bumrah rattled the Australian with the ball by picking up nine wickets for the match which included a career-best six for 33. Bumrah was rightly awarded the Man of the Match for his effort.

The last and final Test starts from January 3 and it is expected to be a cracker of a contest as Kohli has made it clear that India will not be complacent and will go for a win and nothing less than that.