Sachin, Dravid and Lara to team up against Warne and Muralitharan for MCC XI against World XI

The two captains of the participating teams have been part of many legendary tales and folklore in the cricketing history and this might be a final chance to add another chapter into their epic careers. 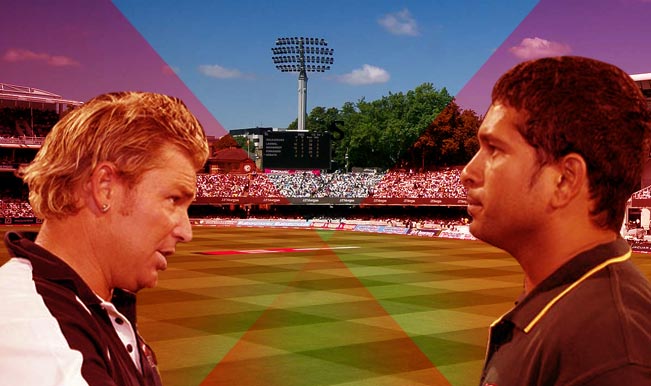 If you ever thought that your chance to watch Sachin Tendulkar bat was over with his retirement, well here’s another chance for you as the Master Blaster will take on the field with his feared weapon; the ordinary cricket bat that looks like a meter wide when he is on song in a match that will be played to celebrate the bicentenary of the current Lord’s ground in London. The match is scheduled to be played at the Mecca of Cricket on 5th July. Also Read - Dream11 IPL: MS Dhoni Has Left Behind Virat Kohli, Sachin Tendulkar in Terms of Popularity: Sunil Gavaskar

The World XI on the other hand is filled with super stars from top to bottom, the most captivating though will be the partnership of two of the greatest spinners, the cricketing world has ever seen. Shane Warne and Muttiah Murlitharan will team up for the first time in history and even though they are well past their primes, they might just come up with a trick or two that no one would have seen before. Also Read - England vs Australia ODI: Shane Warne Calls Australia's Second ODI Loss vs England - 'Real Punch in The Guts For Visitors'

The World XI also includes breathtaking stroke makers and some of the hardest hitters of the cricket ball that the game has seen in the form of Adam Gilchrist, Yuvraj Singh, Virender Sehwag, Kevin Pietersen, and Shahid Afridi.

The match, as far as cricket fans are concerned should be primarily publicized with the tags of the the best batsmen of the past era vs the best bowlers of that era. With the likes of Brian Lara, Sachin Tendulkar and Rahul Dravid gear up against the greatest bowlers cricket will see in quite some time in the form of Shane Warne and Muttiah Muralitharan.

The two captains of the participating teams have been part of many legendary tales and folklore in the cricketing history and this might just be a final chance to add another chapter into their epic careers.