Sachin Tendulkar, Steve Waugh to be inducted as Bradman Honourees

Indian batting legend Sachin Tendulkar and former Australian skipper Steve Waugh are set to be inducted as members of the 2014 Bradman Honourees in Sydney. 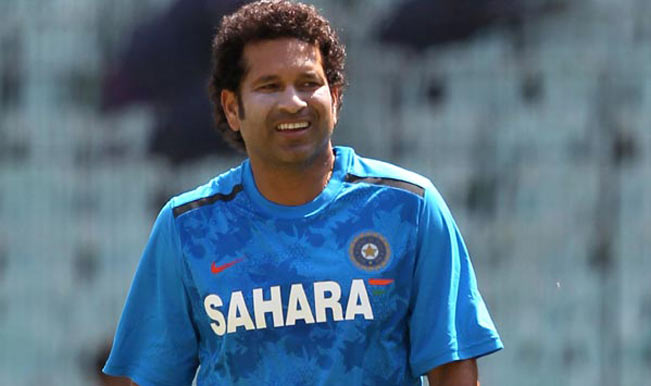 Also Read - IND vs NZ, 1st Test: Meet the Other Ravindra Who is Not Jadeja Making His Test Debut

Indian batting legend Sachin Tendulkar and former Australian skipper Steve Waugh are set to be inducted as members of the 2014 Bradman Honourees in Sydney. Tendulkar will become the fourth non-Australian and third Indian to be honoured. Also Read - Search For Missing: Where Are the Men With Golden Arms in Indian Cricket?

More than a decade and a half back, Don Bradman had himself said that Tendulkar is the batsman who resembled him the best while batting at the crease. “There could be no more principled and deserving individuals in the game than Sachin and Steve,” said Bradman Foundation Executive Director Rina Hore.”Were Sir Donald to still be alive I’m sure he would unhesitatingly applaud their recognition at the ground where his ambition to play Test cricket was first kindled,” she added. Also Read - When Sunil Gavaskar Took a Bow Mid Pitch After Being Left Awestruck by Krishnamachari Srikkanth | Unseen Picture

Both men have enjoyed great success at the Sydney Cricket Ground (SCG). While Tendulkar has scored four centuries in five Tests at the ground, Steve Waugh has crossed the 100-figure mark thrice at SCG, where he also happened to play his final match. When India will tour Australia later in the year, it will the team’s first tour to the country without Sachin Tendulkar in over two and half decades.

However, Sydney also happens to be the centre of possibly the biggest on-field controversy Tendulkar found himself in – Monkeygate. That was possibly the only incident where he the ire of certain sections of the fans and opposition players for standing by his teammate Harbhajan Singh.