Cricketing legend Sachin Tendulkar is not only popular famous in his sport but also enjoys immense popularity across the world. 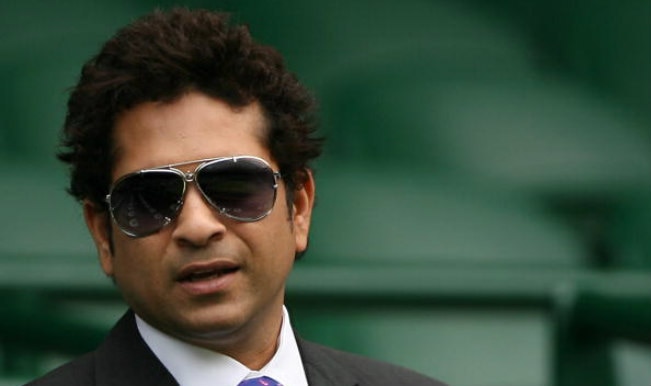 The 20th edition of Commonwealth Games 2014 at Glasgow starting on July 23 will see a surprise presence of Indian cricketer Sachin Tendulkar at the opening ceremony that kick starts at 1.30 am IST. The opening ceremony of the Glasgow Commonwealth Games 2014 will take place at the Celtic Park. The Indian contingent will be high on confidence with the presence of the ‘God of Cricket’ Sachin Tendulkar.

Sachin Tendulkar who retired from the international cricket will be the part of memorable star-studded opening ceremony at the Glasgow. As the Global Goodwill Ambassador of the UNICEF, Sachin Tendulkar has been invited by the Glasgow Commonwealth Games (CWG) organisers and Commonwealth Games Federation (CGF) to be a part of the opening ceremony. The organizers have taken initiatives to spread awareness about the problems faced by children around the globe. Cricketing legend Sachin Tendulkar is not only popular famous in his sport but also enjoys immense popularity across the world.

The opening ceremony of Commonwealth Games 2014 will see the event being graced by Commonwealth Head Queen Elizabeth II, British Prime Minister David Cameron and his cabinet colleagues, Scotland`s First Minister Alex Salmond and his colleagues in the government and other dignitaries from Commonwealth nations

The Opening Ceremony will also feature a near 100 metre wide and 11m high LED screen erected in front of the South Stand at Celtic Park to broadcast images of the night. In 2010 Delhi Commonwealth Games the aerostat which cost crores of rupees was the showpiece during the opening and closing ceremonies.

The Opening Ceremony, to be produced by Global events specialists Jack Morton Worldwide involved in the Ceremonies for Manchester 2002, Melbourne 2006 as well as the Athens Olympics and the 2010 World Cup, is expected to attract a global audience of more than one billion and is set to feature more than 2,000 volunteers taking part in the event to be broadcast live by the BBC.

The Queen Elizabeth II will read out the message written on the Queens Baton which has travelled to 71 nations and territories of the Commonwealth in a relay for 248 days before declaring the Games open. 4,947 athletes representing 71 Commonwealth nations will take part in the CWG 2014, which will last till August 3.