Sarita Devi gets support from Sachin Tendulkar, who is closely following up the matter with Sports Ministry. 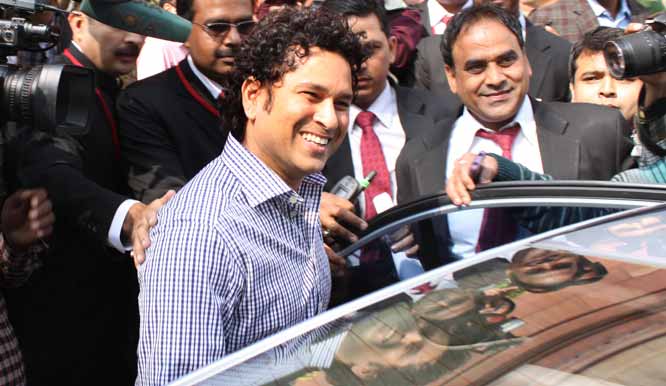 Sarita Devi lost in the semifinals of the women’s lightweight (60kg) competition at Incheon in September and in protest tried to give her bronze medal to her opponent from South Korea. Also Read - IPL 2020 News, DC vs KXIP: Sachin Tendulkar Compares Nicholas Pooran's 'Stance And Backlift' to South Africa Great JP Duminy

“This meeting was to discuss Sarita Devi’s case. Being a sportsperson I know what she must have gone through. It must have been a difficult moment for her. Everyone responds differently to situations. AIBA should consider her case. She has apologised to the world body also. Our discussion was how to move forward and what to say to AIBA,” Tendulkar told reporters here.

Tendulkar, who is also a Rajya Sabha MP, added, “We want the entire country to be behind Sarita Devi, so that her career doesn’t get jeopardised. Boxing India, Sports Ministry have shown a lot of support. We just want to move forward in the right direction.”

Sonowal said that the government would ask the International Boxing Association (AIBA) to reconsider the boxer’s case – she had been suspended provisionally following her outburst at the medal ceremony in Incheon.

“On behalf of the Government of India, we will take up the matter with AIBA. We will request them to reconsider her case. People of India are behind Sarita Devi and it a matter of concern for us. She has our full backing,” said the minister.

The meeting, which was chaired by Sonowal, was also attended by the Olympic bronze medallists M C Mary Kom and Vijender Singh, Indian Olympic Association president N Ramachandran, Boxing India president Sandeep Jajodia and national boxing coach G S Sandhu among others at the Shastri Bhawan. Last week, Tendulkar had written to the minister urging him to support Sarita Devi and ensure that her career was not terminated prematurely.