Sachin Tendulkar’s poignant farewell speech: A year since the emotional adieu at Wankhede 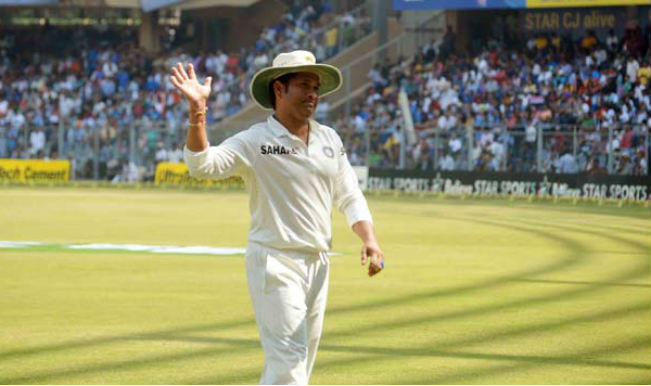 November 16, 2013, exactly a year back arguably India’s greatest sportsman Sachin Tendulkar retired from international cricket. The day was unlike any other witnessed in the country or in the world of sports. Never earlier did one sportsman’s farewell garner the kind of attention and love that surrounded Sachin’s final day in the field. Over the years, he had transcended from being a mere cricketer to a part of daily lives. He became a habit for the fathers, aspiration for youngsters and an icon for the nation. Also Read - IPL 2020: Manjrekar Explains Why Dhawan Can be a More Sensible Choice as Role Model For Youngsters Than Kohli or Tendulkar

November 16, 2013 was more than a mere sporting spectacle. Over the years, many had come to believe that the day would never come. It did, 24 years and a day later. The series had already lost its sheen and held little cricketing significance. The Test and the day, more so.  India playing West Indies in a two-match Test series was a mere set-up for the game’s and country’s most celebrated sportsman to bid farewell in front of his home crowd. (Read the book review of Final Test: Exit Sachin Tendulkar here) Also Read - IPL 2020 News, DC vs KXIP: Sachin Tendulkar Compares Nicholas Pooran's 'Stance And Backlift' to South Africa Great JP Duminy

Taxis had changed their routes. Those plying from CST to Nariman Point were all heading towards Wankhede. There was a mass epidemic in offices as thousands fell sick. Some offices decided to declare the day as an off expecting the response. Even those who worked, were glued to their television sets. There were criticisms that one man wasn’t worth bringing the productivity of an entire nation down. However, those against the criticism outnumbered those who stood for it – by millions.

The kind of set-up in place by the board, media and fans was hitherto unseen and unheard for even the greatest sportsman in history. Michael Schumacher didn’t get it nor did Michael Jordan or Pele. Not even Don Bradman. Probably that also puts to question whether there was ever a sportsman who had the kind of mass popularity that Sachin enjoyed. Maybe the likes of Lionel Messi and Cristiano Ronaldo might outnumber him in terms of fans, but one is quite sure that not many would fast when either of them is playing or switch off their television sets if they weren’t.

It was Saturday; Day Three of the second Test with Chris Gayle and Kieron Powell at the crease. The weather was just about perfect. Thousands, as always, were coming out of CST and Churchgate stations. There was colour, excitement mini-vuvuzellas and Sachin chants that had taken over just outside the stadium.

It was unlikely that Sachin Tendulkar would come out to bat again. Yet, there was hope. The kind of hope the country had continued to rest on the Little Man for over 24 years. But only this time, the hope rested on Chris Gayle, who was at the crease, to rip apart the Indian bowling and score his third triple century. The crowd cheered every time he went after the bowlers. The eventual result of the match didn’t matter to the fans. All they wished was to watch Tendulkar walk out to bat yet again.

But like they did so often in the series, the visitors crumbled against Indian spinners. Soon after, even the most die-hard fan had come to realise there was no possibility of the Little Master coming out to bat again. So the Wankhede crowd decided to do what they do best, taunt loudly. ‘Ojha So-Ja’, ‘Ishant Pani La’ or ‘Dhoni Hai Hai’. The praises were reserved only for the local boy.

Yet, there was no way the crowd would leave the stadium without one final act from Tendulkar. They made their call loud to see Sachin bowl. He finally did. Rolled up his sleeves, tossed the bowl in his hand, took a few steps jogging towards the crease and bowled a few loosners. The crowd added to the sound effects with each bowl. It was only after this that the Indian skipper was spared. The chants had now changed to ‘Dhoni Zindabad’

There was a clamour among politicians, film stars and fans to experience the ‘I was there moment’. Every time the camera was panned towards them, the crowd greeted them with boos. It wasn’t their day. They were greeted with boos even when they refused to join in the Mexican Wave. The angst against them almost seemed as if they had no business being present there. The day was for the master and his genuine fans.

Mohammed Shami flattened Shannon Gabriel’s middle stump as the last of the West Indies wicket fell. The result still did not matter. All eyes are on just one man. It is evident from the fact that no one walked out of the stadium. Few imagined that the day would come. It did, 24 years and a day after.

The squeaky voice that was imitated in jest for years, had left a lump in the throat. Here is an account of what I had written on the day of his farewell, “There was a loud cheer every time he touched a chord with his message of gratitude. Because he knew the reason and the role each one of them played in his growth as a cricketer — of the first bat, to the healthy food, to the shared dream. Even as thousands of pieces of literature are written on Tendulkar, rarely has the man spoken of himself — of the frustrations inside, of the arguments over his game, of the pain he goes through being away from his family.

He didn’t intend it to be a philosophical lecture that is meant to be etched in history forever. It was purely a message of gratitude to all those who deserved it. But it connected with many others, within the stadium and outside and probably might continue to ring in quite a few ears for a long time to come. The cheers were an acknowledgement of gratitude from the fans as well to all those who mattered.

You didn’t want the farewell speech to end; you didn’t want the victory lap to complete a full circle. You just wanted time to breathe and take a long pause.You wondered how Tendulkar would break the emotional connect, he couldn’t simply walk away. He came back, bent down and touched the pitch. Yes it was meant to be simple and humble.”

Few managed to spread the kind of mass joy that Sachin could, few who could unite and divide opinions like he did. Most importantly, he did it with a demeanour befitting the most proud gentleman. Maybe there were better sportsmen, more worthy contributors to the society, but few made the people of the country emote the way he did, few who carried the burden of hope like he did. He epitomised the success of a middle-class boy with ideal values achieving the pinnacle of success. Even one year on since his retirement, the legend and the legacy lives on. The big screen rightly read, ‘Legends never retire’.