Arjun is in the UK for his junior County stint. It seems both the cricketers were enjoying their break from the game by having a meal together.

Sachin Tendulkar’s son Arjun was recently spotted having a meal with English woman cricketer Danielle Wyatt in the UK. Danielle is currently taking part in the ongoing KSL, where she is representing Southern Vipers franchise. On the other hand, Arjun recently made his debut in an unofficial U-19 Test match against Sri Lanka. He picked up his debut wicket within his first two overs, but could not do much after that. Yet, India U-19 won the series 2-0. Also Read - IPL 2020, KXIP vs RR: Nicholas Pooran Leaves Cricket World Stunned With His Unreal Fielding Effort | WATCH VIDEO

Arjun is in the UK for his junior County stint. It seems both the cricketers were enjoying their break from the game by having a meal together. It was Arjun, who took to his Instagram account and shared a story of him meeting the star English woman cricketer. Also Read - Dream11 IPL: MS Dhoni Has Left Behind Virat Kohli, Sachin Tendulkar in Terms of Popularity: Sunil Gavaskar

Here is the picture. 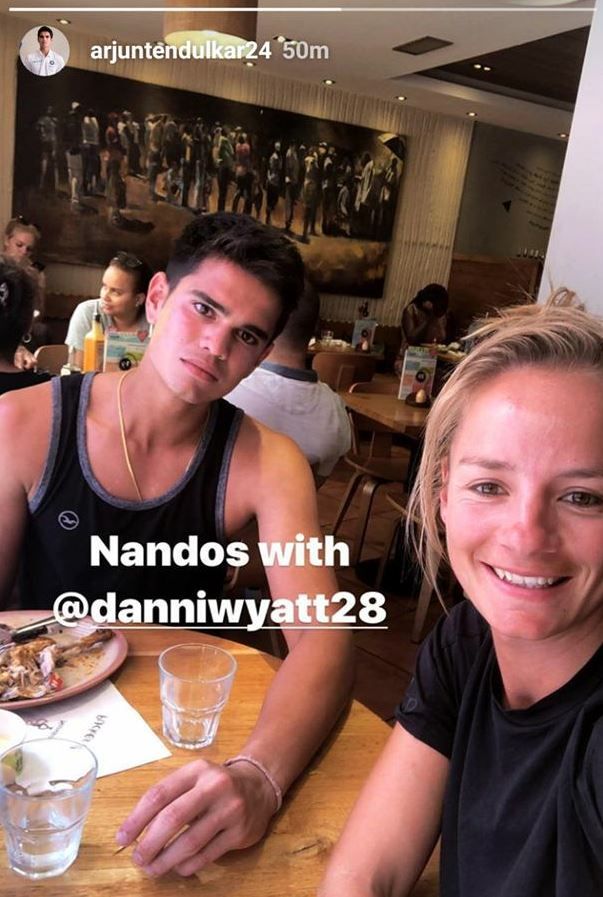 Meanwhile, the senior Indian cricket team led by Virat Kohli is also in England for a five-Test series against the hosts. India has already lost the 1st Test at Edgbaston by 31 runs. Now, they would look to bounce back at Lord’s and square the series.

Earlier, Virat Kohli surpassed Steve Smith to become the No 1 ICC Test batsman with 934 points. The English cricketer who had proposed Kohli in the past crowned the India captain on becoming on achieving the feat. 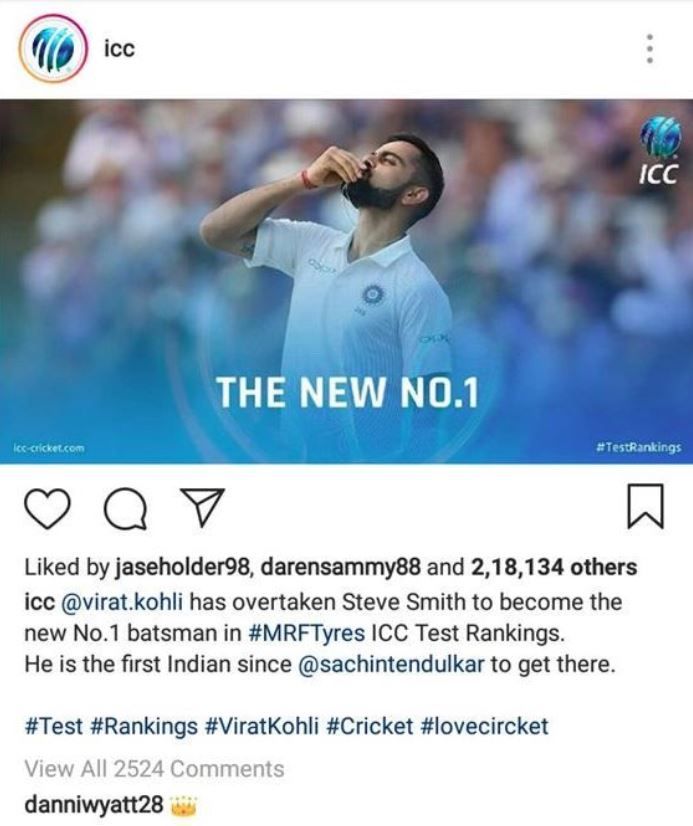 Meanwhile, the second Test starts on August 9 at Lords and some chopping and changing are certainly on the cards. Cheteshwar Pujara could be slotted back into the side in place of Shikhar Dhawan.

Also, England has announced their squad for the upcoming Test. Ollie Pope comes into the side for Stokes.