P.V. Sindhu had to bite the dust as her singles campaign came to a crashing end Nozomi Okuhara. 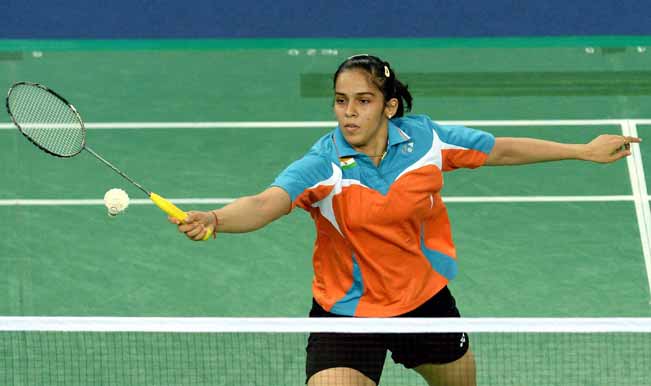 Hong Kong, Nov 20 Top Indian shuttlers Saina Nehwal and Kidambi Srikanth progressed to the quarter-finals of their respective categories after notching straight-game wins at the $350,000 Hong Kong Open Super Series here on Thursday. However, two-time World Championship bronze medallist P.V. Sindhu had to bite the dust as her women’s singles campaign came to a crashing end when she lost a marathon one hour and one minute encounter to Japan’s Nozomi Okuhara. Also Read - Denmark Open Badminton 2020: India's Kidambi Srikanth Storms Into Quarterfinals

The World No.48 upset the seventh seed Sindhu 21-17, 13-21, 21-11 in their second career meet to level the record at 1-all. Third seed Saina, on the other hand, had a pretty straight and easy outing as she demolished American Beiwen Zhang 21-16, 21-13 in 31 minutes at the Hong Kong Coliseum. With the win, the Olympic bronze medallist extended her head-to-head to 2-0 against Beiwan. Also Read - Denmark Open 2020: India's Kidambi Srikanth Beats Toby Penty to Enter 2nd Round

The World No.4 Indian, however, will take on old foe Tai Tzu Ying of Chinese Taipei in the last eight. But the Hyderabadi can take heart from the fact that she has beaten the sixth seed five times in seven outings in the past.

Earlier, man-in-form Srikanth had a tough singles outing but nevertheless came out on top against World No.29 Tanongsak Saensomboonsuk 21-19, 23-21 in 39 minutes. With the victory, the Guntur-lad levelled his career record to 1-1 against the Thai shuttler.