Salman Butt confesses to spot-fixing role during a meeting with PCB chief: Sources 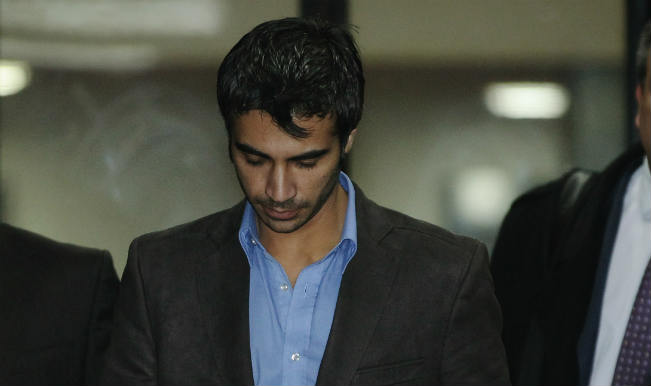 Karachi, Feb 18: Pakistan’s tainted former captain Salman Butt has apparently made his first full confession of guilt to the Pakistan Cricket Board (PCB) in the infamous 2010 spot-fixing scandal. Butt who was banned along with Muhammad Asif and Muhammad Aamir in the aftermath of the spot fixing scandal that broke out when Pakistan was touring England made the confession during a meeting with PCB chief, Shaharyar Khan in Lahore.

“Apparently Butt during his meeting made a full confession that he knew and was involved in the spot fixing that took place in the fourth test against England at Lords and that he had instructed Aamir and Asif to bowl the no-balls,” a source in the board told PTI. Also read: Pakistan fielding coach quits over players’ attitude, Media reports

“Butt also expressed his complete regret and said he was willing to cooperate totally with the ICC,” the source said. Butt had in the past apologised to the nation for letting them down and also regretted his involvement in the spot fixing scandal that saw the trio get minimum five year bans from the International Cricket Council (ICC) and also serve varying jail sentences in the United Kingdom which they served in 2011.

The source said that Butt’s full fledged confession came after the ICC informed the PCB that it was not satisfied with the earlier statements made by Butt and Asif and the two needed to admit their proper involvement and guilt in the scandal.

“Butt has had a change of heart after he approached the PCB to also plead his case with the ICC anti-corruption unit to review his ban under the revised anti-corruption laws under which Muhammad Aamir has got a relaxation to play domestic cricket before his five year ban ends in September this year,” the source said. Also Read: Mohammed Hafeez alleges Moin Khan, Waqar Younis running campaign against Misbah-ul-Haq

The ICC has held Butt as the mastermind of the spot fixing scandal in which Asif and Aamir bowled deliberate no balls for large payments from the UK based Pakistani bookmaker Mazhar Majeed who is serving time.

Another source said that after Butt’s renewed stance the PCB would now send his case and request to the ICC for a fresh review so that the former captain can also get a chance to play domestic cricket before his ban ends. In Butt’s case after his five-year ban ends there is also the matter of his suspended ban sentence, of the same period, which can be put aside by the ICC anti-corruption unit freeing him to resume playing cricket.