Sathish Sivalingam, born on 23 June 1992, is an Indian weight-lifter. 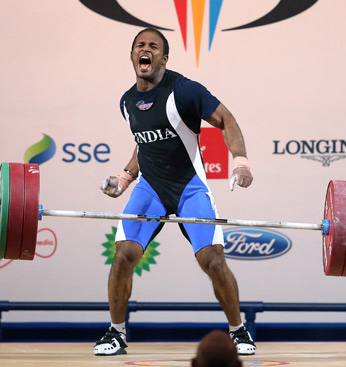 Sathish Sivalingam, born on 23 June 1992, is an Indian weight-lifter. He emerged in the global scene with a gold medal in the men’s 77kg weightlifting category in the recently-concluded Commonwealth Games in Glasgow. With his 149 kgs snatch at Glasgow, he broke the then Commonwealth Games record in the 77kgs category. Keeping up with the family’s tradition he bettered his father Sivalingam, who himself was a national level gold medalist weightlifter. Also Read - Jawaharlal Nehru Stadium in New Delhi to be Redeveloped at a Cost of 7,850 Crore

Not born in the wealthiest of families, Sathish took up the sport at the age of 13 and there was no looking back since. He has maintained a strict check on his diet and has barely skipped training in the last nine years. The upcoming Asian Games in Incheon will be a good time for Satish Sivalingam to up his fan base in India and globally. His recent run of form also makes him one of India’s biggest medal hopes. Also Read - I Regret Becoming a Cyclist, All I Now Want is my Old Life Back: Swaran Singh