The Supreme Court Monday asked if sidelined BCCI president N. Srinivasan was not in a position of conflict while also holding a franchise in the Indian Premier League (IPL). 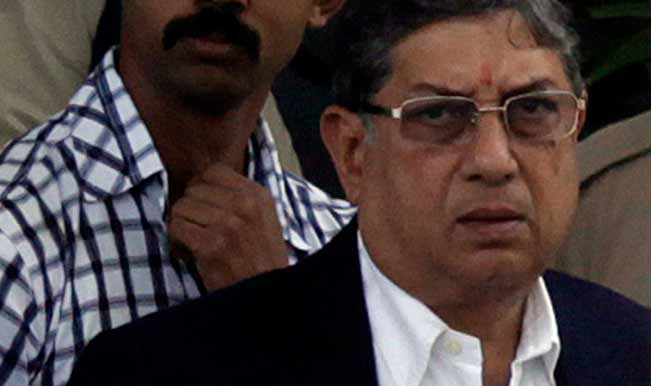 The Supreme Court Monday asked if sidelined BCCI president N. Srinivasan was not in a position of conflict while also holding a franchise in the Indian Premier League (IPL). “You are a person who is managing the show. You are also having a team in IPL. Your are the owner of a team (Chennai Super Kings) in IPL. Would it not be a conflict of interest,” asked an apex court bench headed by Justice T.S. Thakur. Also Read - SRH vs DC 11Wickets Fantasy Cricket Tips Dream11 IPL 2020: Pitch Report, Fantasy Playing Tips, Probable XIs For Today's Sunrisers Hyderabad vs Delhi Capitals T20 Match 47 at Dubai International Cricket Stadium 7.30 PM IST October 27 Tuesday

Earlier, Sachin Tendulkar on Monday refused to comment on the findings of Mudgal Committee report which probed into the IPL spot-fixing scandal, saying that it would be improper for him to say anything on the issue as Supreme Court was hearing the case. Also Read - IPL 2020 Live Streaming, SRH vs DC in Dubai: Predicted Playing XIs, Pitch Report, Toss Timing, Squads, Dubai Weather Forecast For Match 47

“Supreme Court is hearing this and I think, it would be not be wise to make any comment right now and respect it,” Tendulkar, a Rajya Sabha member, said outside the Parliament when his reaction was sought on Mudgal Committee report.