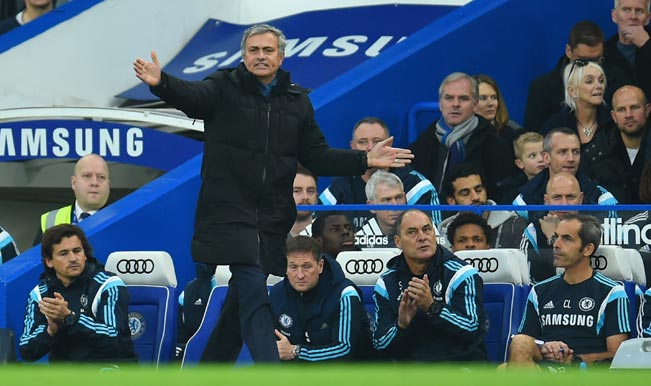 Chelsea travel to Germany to take on Schalke 04 in their fifth Group G match of the UEFA Champions League 2014-15 season at the Veltins-Arena on Tuesday night. The kick-off is set for 1:15 am IST and live coverage will be on Ten Sports. You can watch the match online via the live streaming services provided by Ten Sports’ official website. Also Read - Liverpool Crowned Premier League Champions as Chelsea Beat Manchester City

Jose Mourinho’s side remain unbeaten in the group and are on top with eight points from four matches. In their previous fixture, the Blues were held to a shocking 1-1 draw by minnows NK Maribor at the Stadion Ljudski vrt. However, they do not run the risk of elimination and a win in Germany will secure their progress into the last 16 stage. Also Read - Bundesliga 2020 Wrap: Dortmund Blank Schalke 4-0; Hertha Beat Hoffenheim

Schalke’s bid to seal a sure place in the knockout stage suffered a massive setback after falling 2-4 against Sporting Lisbon on matchday four. Islam Slimani own goal had given them the lead but goals from Mouhamadou-Naby Sarr, Nani and Jefferson Nascimento gave the Portuguese outfit a two-goal advantage.

The game appeared to be going towards a dramatic finish when Dennis Aogo netted late to make it 3-2. But Slimani made amends for his own goal by scoring his side’s fourth and killing destroying the Bundesliga outfit’s chance of nicking a point. Roberto Di Mateo will be hoping for his side to return to winning ways and what better than doing so against his former employers.