Schedule of Indian Cricket Team for 2015-16 season: India to have busy schedule till 2016 ICC World Twenty20

India will have a packed schedule till the 2016 World Twenty20 in March at home, according to BCCI sources. 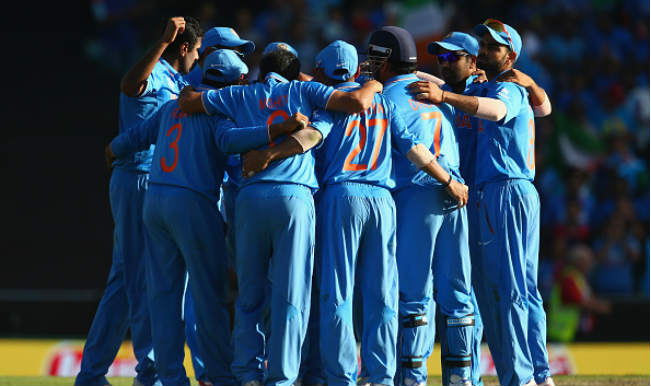 Mumbai: The Indian cricket team has a heavy schedule lined up after it returns from the short trip of Bangladesh next month, according to the International Cricket Council’s (ICC) Future Tour Programmes (FTP). India will have a packed schedule till the 2016 World Twenty20 in March at home, according to BCCI sources. After India’s tour of Bangladesh, where they will play one Test and three One-Day-Internationals (ODIs) from June 10 to 24, they are scheduled to leave for Zimbabwe in July to play a bilateral series comprising three ODIs and two Twenty20 Internationals. Also Read: Indian team for Bangladesh tour announced; Virat Kohli to lead Test side, Harbhajan makes a comeback. Also Read - IND vs AUS 2021: Mohammed Siraj Remembers His Late Father Afer Picking up Maiden Five-Wicket Haul in Brisbane, Says Can't Express My Feelings in Words | WATCH VIDEO

This will be followed by a tour to Sri Lanka in August for three Tests. South Africa will then tour India from September to November to play four Tests, five ODIs, three T20Is. This will be followed by the much talked about Pakistan series in December, following which India will travel to Australia for a bilateral series, comprising five ODIs and three T20s in January 2016. In February, Sri Lanka will visit India to play three T20Is, followed by the Asia Cup 2016 which will be a T20 tournament. Also Read - AUS vs IND 4th Test: Ricky Ponting Feels Drawn Test Series Will be Worse Result Than Loss on 2018-19 Tour

Asked about the series against Pakistan, Board of Control for Cricket in India (BCCI) secretary Anurag Thakur said a number of issues need to fall in place before the ties resumes. “Pakistan Cricket Board (PCB) chairman Shahrayar Khan came to India. Then met me in New Delhi and then met Jagmohan Dalmiya. Then at last met with me while returning back,” Thakur said on Wednesday.

“According to the FTP we are supposed to play against Pakistan in December. We are still at the discussion stage. There are many issues that need to be recorded among the boards.” The World T20 in India will be played from March 11 to April 3.