This is first professional meeting for both players. 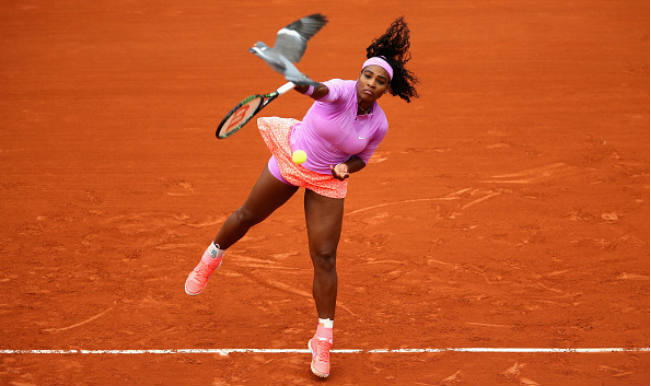 Top seed and World No. 1 Serena Williams will take on Anna-Lena Friedsam of Germany in the second round of French Open 2015 on May 28. The match is scheduled to begin at 4.30 pm IST (11.00 am GMT, 7.00 EST) at the Court Suzanne Lenglen in Stade Roland Garros. The live and exclusive coverage of second grand slam of the year is done by Neo Sports, Ten Sports and Star Sports respectively.UK viewers can watch the Serena Williams vs Anna-Lena Friedsam match on ESPN. Live streaming services for viewers around the world will be available through ESPN’s official website. One can get the real-time score updates and additional live streaming links made available on the official website of Roland Garros and Tennis TV. Also Read - French Open 2020 Final: Chris Evert Calls Out Novak Djokovic For 'Rivalry With Rafael Nadal Biggest in Sport' Comment

After the ouster of third seed Simona Halep, last year’s finalists and one of the biggest name in women’s singles draw, the attention would shift on the top seeds. No. 1 ranked Serena Williams who has been least successful on the red clay grand slam tournament (winning on just two occasions out of her 19 grand slam  – 2002 and 2013) is keen to prove her solidarity in French Open as well. She secured a straight sets victory over Czech Andrea Hlavackova 6-2 6-3 but is still skeptical over her nursing elbow injury that led to her pull out during Italian Open. Also Read - French Open 2020: Novak Djokovic Showers Big Praise on Rafael Nadal After Historic Roland Garros Triumph, Says Today You Showed Why You Are King of Clay

Meanwhile, her second round open Anna-Lena gave her best French Open performance as she got past Alexa Glatch to win 6-2, 4-6, 6-4. The 21-year-old has not played a top-5 player and it will be a new territory for both the players to test each other.