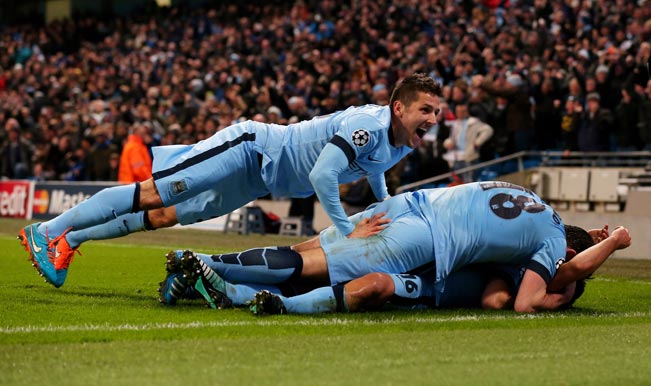 Manchester, Nov 26: Manchester City forward Sergio Aguero scored a hat-trick in an important match against Bayern Munich in the Champions League here, but he said it is the team effort that matters most. Also Read - UEFA Champions League Draw: It's Messi vs Ronaldo Once Again as Barcelona Gets Drawn With Juventus in Group G

“It was very important to win. In the first half we tried to wait for them to attack and hit them on the counter-attack. We started well but then they scored from a set piece and then from a cross. We all thought that we had nothing to lose, so we pressed them a bit higher up the pitch and luckily managed to get the goals towards the end. It was a big team effort,” the Argentinean striker after his side defeated reigning Bundesliga champions Bayern Munich 3-2 on Tuesday. Also Read - I Don't Want Lionel Messi Anywhere Near Premier League: Liverpool Star Andy Robertson

“I have had some very good games this season and this is another one. As I always say, the important thing is that my goals help the team win. I am happy because my three goals helped us claim three points. It was vital to win because that a draw would not have really helped. The important part was to win and next up we will go to Rome and give it our all,” the former Atletico Madrid striker added.

Meanwhile, the Citizens’ defender and inspirational captain Vincent Kompany called Aguero ‘a special player’ who can make a lot of things possible.

“Every team that wants to achieve special things in Europe needs a special player and he is our special player. When he performs like he did he makes a lot of things possible that normally would be difficult,” said the Belgian, after Man City’s clinched all three points in a must win clash.

“It is a good win, whichever way you look at it, you are beating one of the top teams in Europe. We have done it a few times recently so it is good. We are better with our backs against the wall anyway and we go to Rome now and it is going to be an incredible game for everyone. We have shown with our performances in the league that we never give up anyway so we did that tonight again,” he concluded.