Meanwhile, the entire nation prepares to bid final goodbye to Phillip Hughes with his funeral taking place on December 3 in Macksville. 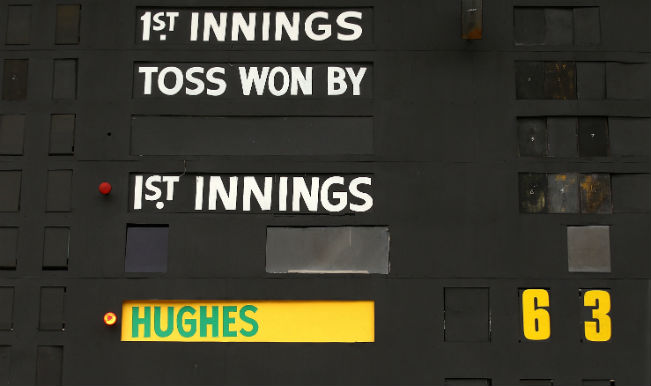 It takes a lot of courage to think beyond the personal interest as that is what Shaun McArthur, captain of Ballarat club side Haddon, did during a club match in Victoria. McArthur, in quite a moving gesture decided to sacrifice the chance of breaking a long-standing record in order to pay tribute to Australian cricketer Phillip Hughes who died on Nov 27, Thursday. Also Read - Cricketers wear black armbands on Phillip Hughes first death anniversary

For Shaun who was batting at 220 in their match against VRI Delacombe was 11 runs short of club record decided to declare the innings. One glance at scoreboard that read Haddon’s total score at 408 in exactly 63 overs, it felt like everything seemed to fall in place as he declared the innings much to surprise of his team-mates. It was only after they realized the motive behind their captain’s unselfish decision that moved the stunned team-mates. Also Read - Australia remembers Phillip Hughes on anniversary of death

Maintaining the legacy of ’63 not out’ seemed to be the top-most priority for Shaun MacArthur as he decided to let go of his innings. Phil Hughes who was batting at 63 for South Australia when he fatally struck by a deadly bouncer from Sean Abbott, will forever remain remain 63 not out after the official scorecard for his final match was amended by Cricket Australia. He was called ‘retired hurt’ after the first day of the Sheffield Match.

Meanwhile, the entire nation prepares to bid final goodbye to Phillip Hughes with his funeral taking place on December 3 in Macksville.