the great news from the shuttlers was the qualifying of Parupalli Kashyap and the pair of Jwala Gutta and Ashwini Ponnappa in the men's singles and women's doubles event respectively. 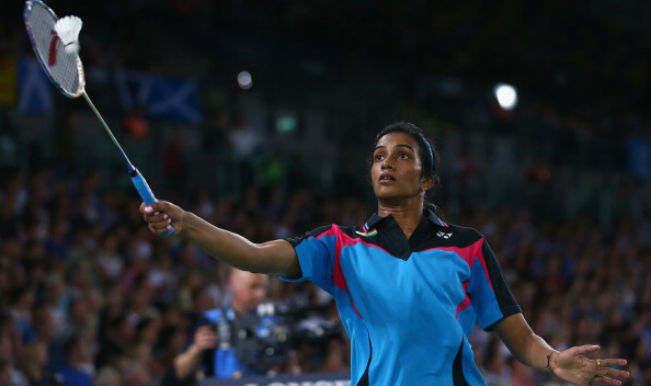 The second seeded player, PV Sindhu won the bronze medal in the women’s singles at the Commonwealth Games 2014. The 19-year-old Indian shuttler defeated her Malaysian opponent TY Jee in straight set 23-21, 21-9 to clinch the bronze medal after a dismal ouster in the semi-finals match played on the same day. She was stretched extensively in the opening round by the Malaysian but the Indian player made short of work in the second round, closing the match in 32 minutes. Also Read - Badminton: PV Sindhu, Kidambi Srikanth to Lead India in Thomas & Uber Cup Final; BAI Cancels Preparatory Camp

But the great news from the shuttlers was the qualifying of Parupalli Kashyap and the pair of Jwala Gutta and Ashwini Ponnappa in the men’s singles and women’s doubles event respectively. They have assured India’s presence on the last day of the Commonwealth Games by reaching the finals of their respective badminton categories at the Emirates Arena here Saturday.

Men’s singles second seed Kashyap earned a hard-fought three-game semi-final victory over England’s Rajiv Ouseph to succeed where he failed last time. The Hyderabadi had lost the semi-final four years ago at home and had to settle for the bronze. After losing the first game 18-21, Kashyap came back strongly to win the next two 21-17, 21-18 in a marathon match which lasted an hour and 23 minutes.

Women’s doubles defending champions Jwala and Ashwini will once again have a shot at the title they won four years ago by defeating Malaysia’s Loo Yin Lim and Lai Pei Jing in straight games. The Indian combine had a rather easy outing by taking the match 21-7, 21-12 in 27 minutes.