Former Indian cricket captain Sourav Ganguly, who was only a 17-year-old making his debut when Bengal won the Ranji Trophy for the last time in 1990, on Wednesday hoped the team would not take another 25 years to win the coveted domestic tournament. 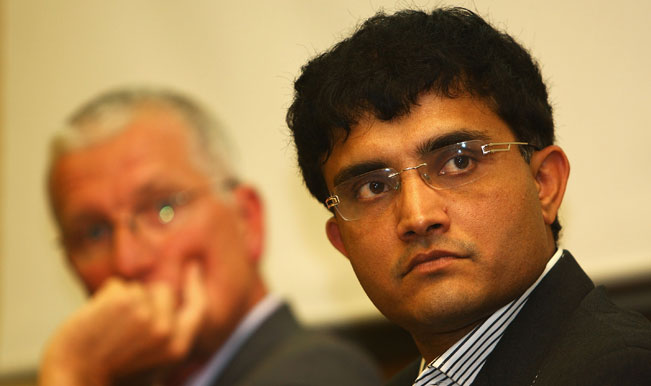 Kolkata, April 1: Former Indian cricket captain Sourav Ganguly, who was only a 17-year-old making his debut when Bengal won the Ranji Trophy for the last time in 1990, on Wednesday hoped the team would not take another 25 years to win the coveted domestic tournament. Asked about the recent performances of the team, Ganguly said: “I hope they do not take another 25 years to win the trophy. There is nothing wrong with the team. We will have to sit out and discuss and see what is in store for the future.” Also Read - Virender Sehwag Sparks Debate Over Sourav Ganguly And Virat Kohli's Captaincy - Who Is Better?

The Cricket Association of Bengal (CAB) on Wednesday felicitated the team and officials who won the Ranji Trophy in 1990. Present at the grand ceremony were the cricketers who brought home the trophy after 1939, when seven British players had turned up for the side. The then captain Sambaran Banerjee was the first one to be honoured on stage as he received a bouquet and a blue blazer with the CAB emblem marked on the left pocket. Also Read - Sourav Ganguly Breaks Silence on Virat Kohli, Rohit Sharma's Poor Form

“After winning the Ranji, Bengal slowly believed even we could compete with the best. Earlier we used to go play, lose and comeback, but that changed after the win, we became a force to reckon with,” Banerjee said. Former Bengal batsman, the charismatic Arun Lal, who had scored an unbeaten 52 in the final against Delhi, said he felt nostalgic reliving the moments, but added that he does not quite see the hunger from the present squad to win games.

“There is no dearth of talent presently, just that the extra-hunger to win is not there now. I feel nostalgic, we had players then who would stand up in each and every game and perform,” Arun Lal said. The other players and members of the 15-man squad were also honoured alongwith coach Palash Nandi and manager Swapan Mukherjee.