India`s apex court reserved a court order on suspended president of Board of Control for Cricket in India (BCCI), Narayanaswami Srinivasan, after he filed an appeal to contest elections for the organisation. 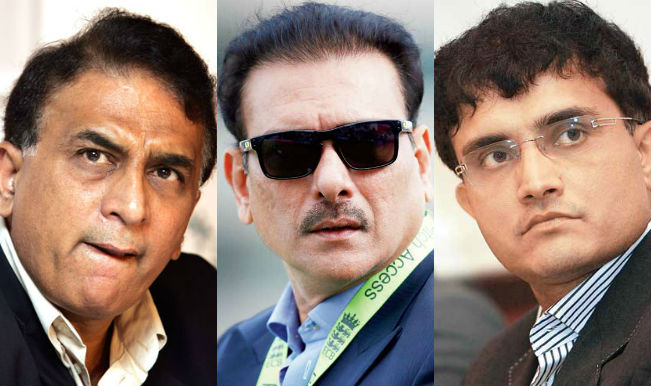 The names of the players and administrators having commercial interests or ‘conflict of interest’ submitted by BCCI to Supreme Court contains the names that is bound to shatter the foundation of Indian cricket history, if proven. On Wednesday, BCCI submitted in Supreme Court a list of players and administrators having commercial interest in Indian Premier League (IPL) and Champions League T20. The list features former captains Sunil Gavaskar, Ravi Shastri, Sourav Ganguly, Krishnamachari Srikkanth along with Lalchand Rajput and Venkatesh Prasad, who are named in having personal interest in the cash-rich tournament. Also Read - India Set to Tour South Africa For Tests And ODIs; T20Is to be Played Later: Jay Shah

The apex court, which wanted to strike down the amendment in BCCI constitution’s controversial Rule 6.2.4, had asked BCCI to submit names of individuals who would be affected if the rule is struck down. “Apart from CSK, is there any other team which is run by an administrator and why? Give us a list of all contracts which will fall because of striking down Rule 6.2.4,” the Supreme Court had asked BCCI on Tuesday. Also Read - BCCI Set to Clear Indian Team's Travel to South Africa

IIndia`s apex court on Wednesday (December 17) reserved a court order on suspended president of Board of Control for Cricket in India (BCCI), Narayanaswami Srinivasan, after he filed an appeal to contest elections for the organisation, earlier in December.

Srinivasan had also given an undertaking and said in the petition that he would stay away from BCCI and the Indian Premier League (IPL) governing council unless a proposed committee takes a call on the conflict of interest caused between his role as the BCCI chief and his role in the IPL franchise, Chennai Super Kings (CSK).

At the time, the Supreme Court, however, did not relent and instead ruled that the BCCI postpones its Annual General Meeting and elections to the governing board till January 31, 2015. The elections were originally scheduled for December 17. The main petitioner in the case, Aditya Verma, said the court had gone through necessary arguments and reserved the order.

“After going through all the arguments on conflict of interests, the Supreme Court has reserved the court order. Being a main petitioner I am sure that whatever the court proclaims will be in the interest of the cricket and the BCCI. We will have to wait for the next order,” said Verma.

He added the court also reserved order on whether Srinivasan owning CSK was a conflict of interest. The Mudgal Committee, headed by Justice (retired) Mukul Mudgal, appointed to probe the IPL match fixing scam, had submitted its final report to the Supreme Court on November 03.

In March, Srinivasan, regarded as the world`s most powerful cricket administrator, was called on by the apex court to leave his post at the BCCI to ensure a fair investigation into the scandal in which his son-in-law Gurunath Meiyappan was indicted for illegal betting on the 2013 IPL.

Srinivasan stood down in June. Srinivasan, who is also the newly elected chairman of International Cricket Council (ICC), remains the owner of IPL franchise Chennai Super Kings, and the court has also criticised the industrialist for conflict of interest.

The scandal surfaced when former test bowler Shanthakumaran Sreesanth and two other local cricketers all playing for the Rajasthan franchise were arrested on suspicion of taking money to concede a fixed number of runs. Sreesanth, who had denied any wrongdoing, was subsequently banned for life by the BCCI.