Looks like the cameraman during South Africa vs Sri Lanka Test at Durban has become a cult hero!

Looks like the cameraman during South Africa vs Sri Lanka Test at Durban has become a cult hero! It was the same TV crew at SuperSport Park which caught the infamous ball-tampering scandal last year, involving Steve Smith, Cameron Bancroft and David Warner. Now, the same crew behind the lenses have got a shot of the strategy South Africa has against every Sri Lankan batsman. The broadcaster revealed all the plans, from weaknesses to where they should bowl at each batsman.Also Read - Former South Africa Skipper Graeme Smith Cleared Of Racism Allegations

“Plan B — 4th stump slightly fuller length, angling away, drives away from the body after a bouncer.”

The plans also revealed the batsmen’s weaknesses and the best strategy for deploying short balls.

Here is a picture of the shot: 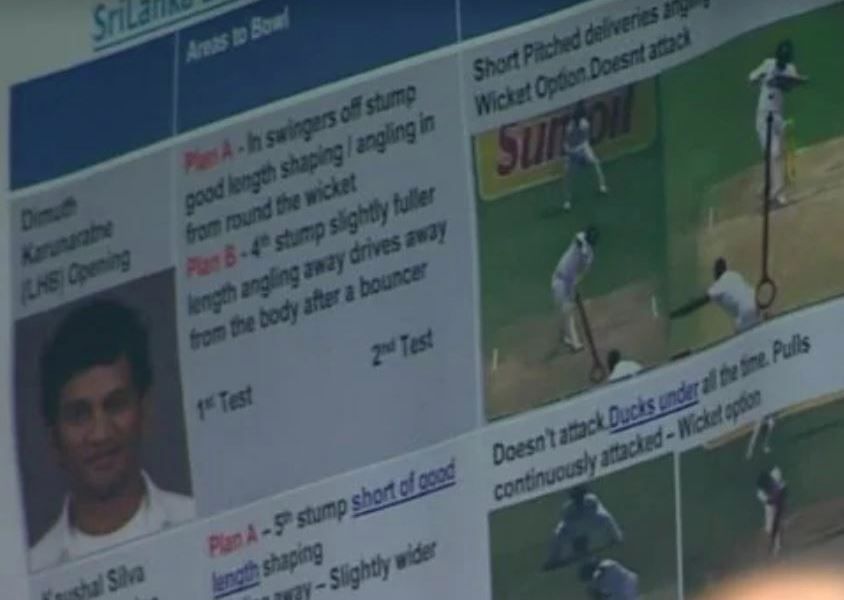 Meanwhile, batting first the hosts were bundled out for 235 runs. Vishwa Fernando was the pick of the Lankan bowlers as he scalped four for 62. Apart from Quinton De Kock’s 80, no other batsmen made any contribution of high value.

Sri Lanka is 46/1 at stumps on Day 1 and they have a slight advantage over the hosts. Steyn picked up the only Lankan wicket of Lahiru Thirimanne for a duck. The Lankans will look to consolidate and get good first innings lead in the 1st Test.