The weather in Southampton on Tuesday, June 22 is expected to be overcast and cloudy again. There are high chances that rain will play the spoilsport again on Day 5. However, if the play resumes then the fast bowlers will be key for India to take some early wickets and send the experienced duo of Kane Williamson and Ross Taylor as soon as possible. The two teams will share the honours if the match ends in a draw or a tie and that looks to be the most likely result. Also Read - ICC WTC 2021-2023: Team India to Host Australia, Sri Lanka And New Zealand in Next Cycle; Set to Play England, South Africa, Bangladesh on Away Tours 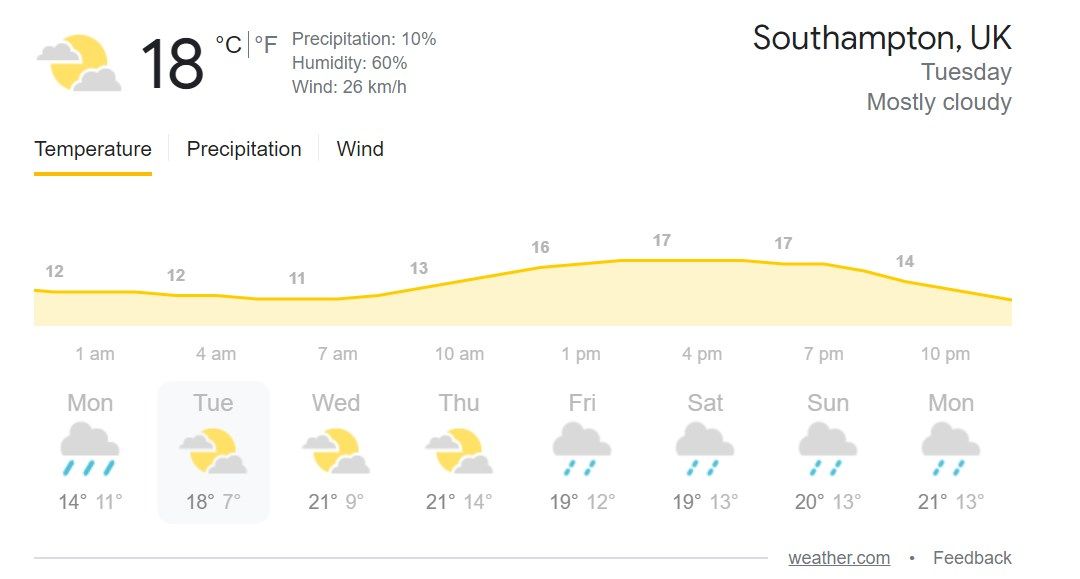 ICC on Reserve Day: “In the event of time being lost during the match, the ICC match referee will regularly update the teams and media about the way in which the reserve day may be used. The final decision on whether the reserve day needs to be used will be announced at the scheduled start of the last hour on the fifth day,” an ICC statement said. Also Read - Bitter Pill to Swallow: Tim Paine On Missing Out on WTC Final