Apart from Cristiano Ronaldo's salary from Juventus and Portugal, he also generates a massive income from sponsors and his brand 'ÇR7'.

Portugal’s Cristiano Ronaldo is the most valuable footballer in the world. He surpassed Lionel Messi and Neymar to bag the numero uno spot in Instagram’s Sport Rich List for 2018. Also Read - It Could Have Been 'Ee Sala Cup Namde', RCB Fans Will be Disappointed - Irfan Pathan

For the Indian fans, there was something to cheer as Indian cricket captain Virat Kohli took the ninth spot in the elite list comprising of big names like Floyd Mayweather and Stephen Curry. Meanwhile, Neymar, Messi and David Beckham and Gareth Bale join Cristiano in the top five of the sporting list. Also Read - Rishabh Pant Donates Undisclosed Amount to Procure Oxygen Cylinders, COVID-Related Kits 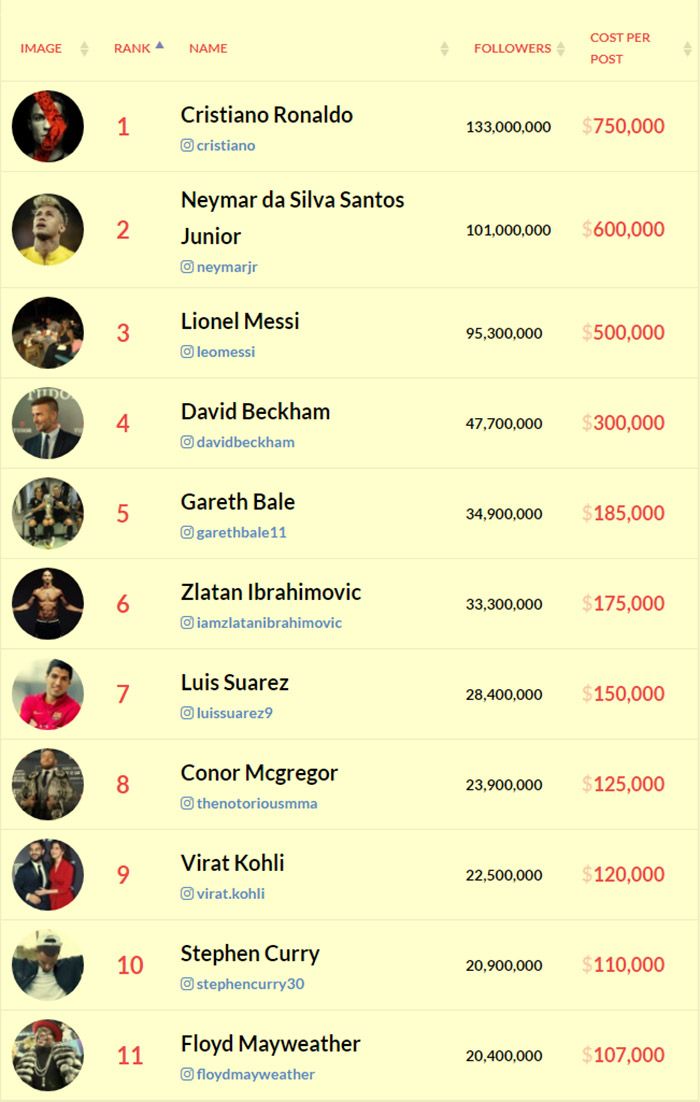 HopperHQ.com, an Instagram scheduling tool, analysed data to reveal a list of the highest paid celebrities and influencers on the social media platform. They looked at factors such as average engagement, how often they post and the number of followers.

Cristiano Ronaldo is at the top of the tree with a whopping 133,000,000 followers, whereas Neymar has 101,000,000, followed by Messi who has 95,300,000 followers. Virat Kohli, who is extremely popular in the cricketing fraternity has 22,500,000. these numbers also is a testament to the popularity football enjoys, compared to football.

Ronaldo’s fitness has been the cornerstone of his remarkable career, and the results of his recent medical tests at Juventus suggest the price tag paid for his services to Real Madrid (100 million euros or approximately 806 crores) is not as inflated as it would seem, after it was revealed that the striker has a better physical capacity than that of a 20-year-old.

The 33-year old forward was Real Madrid’s all-time top scorer scoring 450 goals and registering 119 assists in 438 appearances, averaging 50 goals scored per season. He has recently got a transfer to Juventus for an astounding £100million.

Apart from Cristiano Ronaldo’s salary from Juventus and Portugal, he also generates a massive income from sponsors and his brand ‘ÇR7’.