EFA are seeking to get their name and Bahder's in the Guinness Book of World Record as the oldest professional player.

According to The BCC, there are no details of what kind of contract Bahder has been offered by the club. Also Read - Tamil Nadu Bakery Honours Football Legend Maradona by Making 6-foot-tall Cake of His Statue

However, EFA are seeking to get their name and Bahder’s in the Guinness Book of World Record as the oldest professional player. Also Read - Year Ender 2020 News: From MS Dhoni's 1929 Bomb to Maria Sharapova's Heartfelt Goodbye Speech - Top-10 Sporting Retirements in 2020 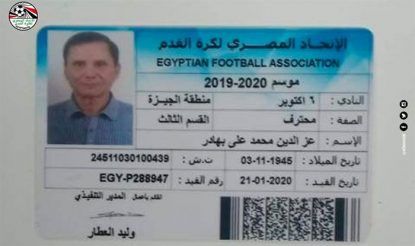 Interestingly, Bahder is not a known footballer and the BBC report adds, “He is an unknown in Egyptian footballing circles with no history of playing for any other professional clubs”.

The current Guiness Book of World Record for the oldest active football/soccer player in the world is held by Israeli goalkeeper Isaac Hayik., who claimed the record last year in April.