During the live Q&A session, he lavished praise on Babar Azam when a fan asked him about his cricketer from Pakistan.

Days ahead of the start of a new series, former Australian captain, Steve Smith interacted with his fans via social media – where he was asked questions. During the live Q&A session, he lavished praise on Babar Azam when a fan asked him about his cricketer from Pakistan. Smith said that he likes watching Babar bat.Also Read - Pakistan Cricket Team Schedule For Next 12 Months: All You Need To Know About Fixtures, Date, Venue | Details Inside 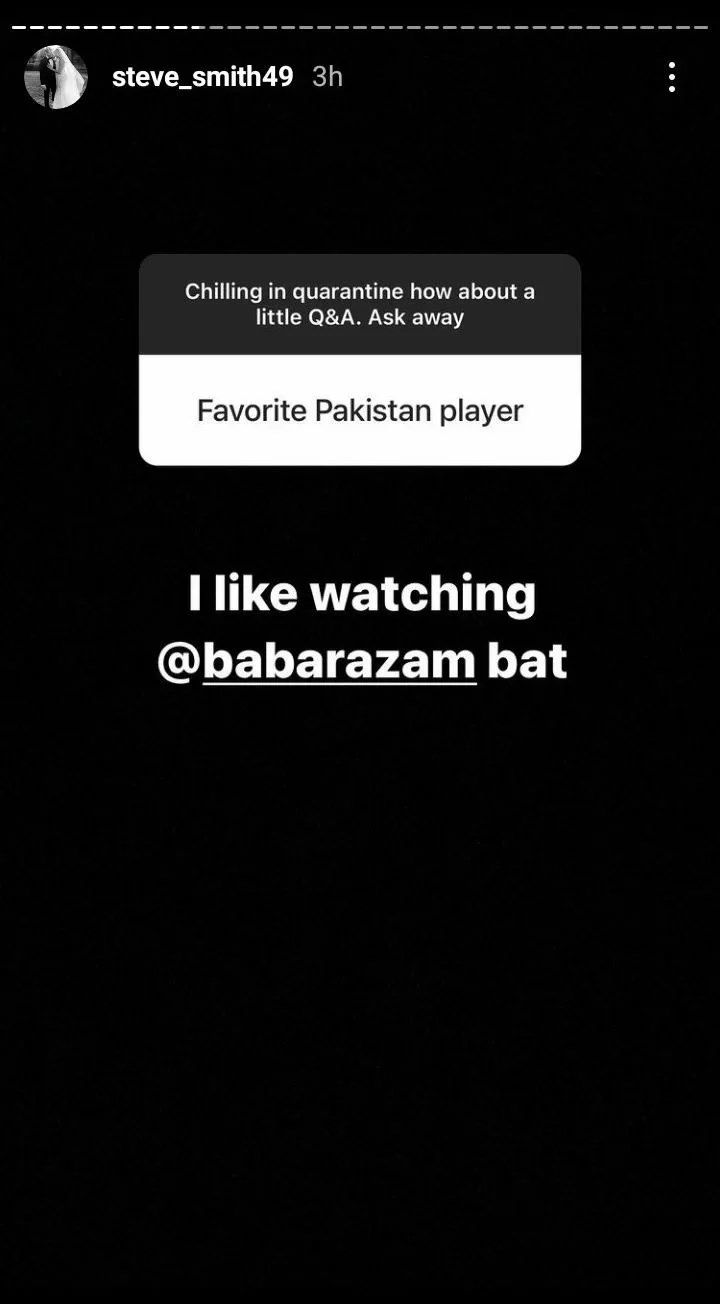 In the last couple of seasons, Babar has emerged as the mainstay of the Pakistan batting unit. Currently, the modern-day genius is the only batsman who features in the top five across all formats. In Tests, he is ranked No 5, while he is No 3 and 2 in ODIs and T20Is respectively. Also Read - Babar Azam is Don Bradman, Brian Lara of This Era; Former Cricketer Rashid Latif on Pakistan Captain

Meanwhile, Smith would be expected to play a huge role in the upcoming series against India. The premier Australian batsman has already sent warning signals to the visiting side ahead of the series, claiming that he has finally found his rhythm after a not-so-satisfactory season of the Indian Premier League.

“I was pretty disappointed with my batting throughout the IPL. Wasn’t consistent enough, I started well and had a few innings here and there. I never really got into a really good rhythm. The last few days I have found something, that people close to me that know me well know, I have sort of found my hands the last few days which I am extremely excited about. It just hasn’t been right until a couple of days ago, and everything clicked in. It’s taken me three-and-half, four months to do it,” Smith said.