But those are achievements we are mindful with, lets go through some of the lesser known facts about the Indian talisman:

1) Sunil Chhetri was born on 3 August 1984 to K.B. Chhetri, an officer in the Electronics and Mechanical Engineers Corps of the Indian Army, and Sushila Chhetri in Secunderabad, Andhra Pradesh, India.

2) His father played for the Indian Army’s team while his mother and her twin sisters played for the Nepal women’s national team. Chhetri was exposed to playing football from a young age taking part in various tournaments.

3)Sunil Chhetri’s schooling was done at Bahai School in Gangtok and later at Army Public School, Dhaula Kuan , New Delhi. For under-graduation, he got admission in Kolkata’s Asutosh College, but he chose to pursue his dreams and go for football, when he got the chance to represent India at the Asian School Championships in Malaysia in October 2001.

4) In 2009, Sunil Chhetri had agreed 3-year contract with English side, Queens Park Rangers. But the move could not go through, as he was denied a work permit due to India’s poor FIFA Ranking. According to him, this was one of the lowest point in his career.

5) In the season 2009-10, He realized his dream of playing abroad by joining USA’s MLS outfit Kansas City Wizards, becoming only the third Indian after Mohammed Salem and Bhaichung Bhutia to play professionally for a foreign club.

6) At his time in Kansas City, He played against Manchester United in a match. Watch highlights here:

7) In 2012, Chhetri became the permanent captain of the Indian national team.

8) In July 2012, Chhetri  was signed by Sporting Lisbon ‘B’. However, he didn’t have the best of spells in Portugal as he only managed a few substitute appearances over seven months in a team that was dominated by teenagers.

9) In 2011,  Chhetri has also received the prestigious Arjuna award. 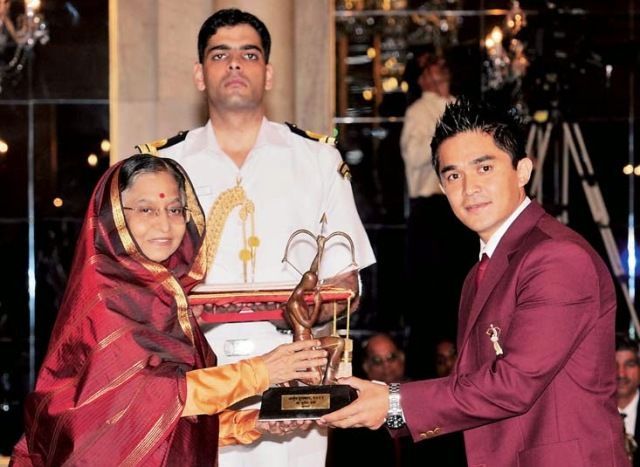 10) He is married to Sonam Bhattacharya, daughter of former Indian footballer Subroto Bhattacharya. 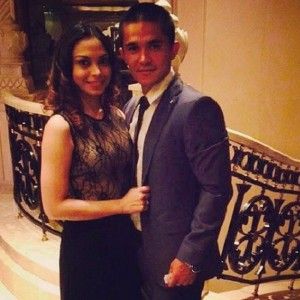 Sunil Chettri with his wife

Sunil Chhetri has come a long way since his debut at Mohun Bagan, his growing popularity is a testimony that now matter how many obstacles we face and failures we endure, being persistence and working hard is key to success.