Rumours that Suarez's future is tied to Messi came to light when the Uruguayan's lawyer Alejandro Balbi made the claims.

With speculations growing about Luis Suarez’s future tied to Lionel Messi, the ex-Liverpool star has taken to his social media account and rubbished all such claims. The developments started once Ronald Koeman was made the manager following Barcelona’s humiliating 8-2 loss against Bayern Munich in the Champions League quarters. Also Read - Cristiano Ronaldo or Lionel Messi? Most Admired Sportsman in The World Revealed

First, Suarez made it clear that he has no future at Camp Nou, following that Messi too, made the move of informing the club that he wants to leave the Catalans. Also Read - Luis Suarez Responds to Barcelona Captain Lionel Messi's Farewell Message

“Offers are already raining down on him from all sides,” Balbi told Superf Fútbol, quoted by TyC Sports.

“He is an outstanding player and is more current than ever. I know little about the chance of that he goes to Manchester City, but everyone knows about the brotherhood he has with Leo. They are flesh and nail, they arrive together, they kick together, they have family gatherings together. They are compadres and they understand each other on and off the pitch,” he added. 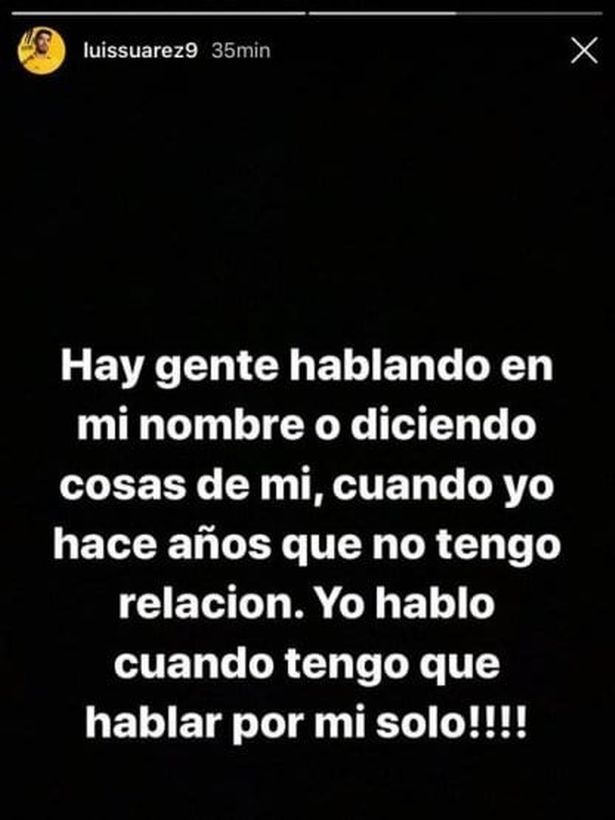 Now, Suarez, in his Instagram story has rubbished the claims. Writing in Spanish, the Uruguayan said: “There are people speaking in my name or saying things about me, when I have not had a relationship (with them) for years. I speak when I have to speak for myself!!!”

Meanwhile, reports suggest that Manchester City is most likely to attain the services of Messi – who would if that happens will reunite with Pep Guardiola – who was at Camp Nou from 2008-12.

Barcelona has not won a single title this season and then the Champions League thrashed compelled Messi to seek an end of his contract.