The weather forecast for 6th August will also be in focus as only three hours of play was possible on the second day.

Nottingham Weather: Rain played a killjoy on the second day as early stumps were called after India posted 125-4 after 46.4 overs. Firstly, players left the field because of poor light and then rain interrupted the proceedings. Thus, only 33.4 overs were possible on the second day of the first Test match.

Meanwhile, the weather forecast for 6th August will also be in focus as only three hours of play was possible on the second day. The bad news is that it is rain is once again expected to play a spoilsport on the third day’s play. 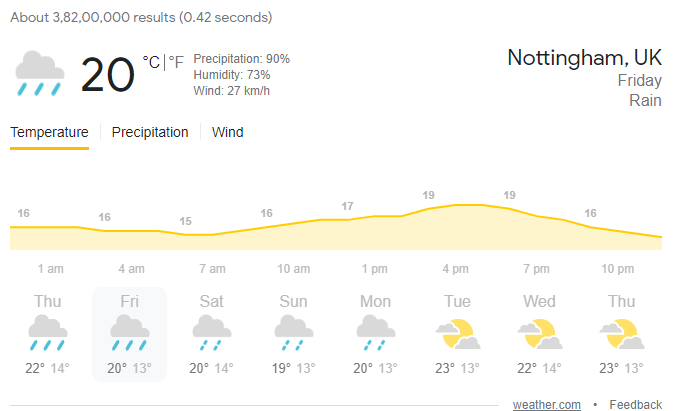 Meanwhile, India made a perfect start as Rohit Sharma and KL Rahul negated the first hour of play. Rohit and Rahul then played some flamboyant drives as both of them played at the top of their game. The opening pair added 97 runs in their alliance before Rohit Sharma was dismissed by Ollie Robinson at the stroke of Lunch when he tried to pull the fast bowler but found Sam Curran at deep fine-leg. Rohit once again got off to a start but could not convert it into a substantial score.

However, India lost wickets in a heap after the Lunch Break. Cheteshwar Pujara looked at sea and he was sent back by James Anderson. The England veteran fast bowler was then able to dismiss Indian captain Virat Kohli for a golden duck. India’s vice-captain Ajinkya Rahane made matters worse when he got run-out before rain interrupted India’s innings.

Meanwhile, KL Rahul completed his 12th Test fifty in 61 innings. Rahul is playing his first Test match after 2019 and this knock in the trying conditions would have certainly added a shot in his arm. India still trails by 58 runs and it could be a thrilling contest on Day 3 if rain gods stay away.