Rajasthan Royals batsman Riyan Parag has become the first male cricketer to admit that he followed and copied the style of women cricketer Smriti Mandhana.

Seventeen-year-old Rajasthan Royals batsman Riyan Parag, who rose to fame after he helped the Jaipur franchise beat Kolkata Knight Riders (KKR) in one of their fixtures in the recently concluded Indian Premier League (IPL), has admitted he admires leading woman batter Smriti Mandhana and tries to copy her style of batting. Mandhana is among the few batters Parag admires and takes inspiration from. In that match, Rajasthan Royals were in serious trouble chasing 176 but Parag (47 off 31 balls) first joined forces with Shreyas Gopal and then with Jofra Archer to leave KKR fans at the Eden Gardens stunned.

“My dad is one of them (idols). He has to be the first one. Then there’s Sachin sir and Virat Kohli. And in women’s cricket, I’ve followed Smriti Mandhana since she used to wear glasses and play with a BAS bat. I was really young then. I love the way she times the ball and caresses it through point. I’ve tried copying that as well but it didn’t work out,” Parag said on the sidelines Red Bull Campus Cricket event in Jaipur.

When quizzed about his most challenging moment from this year’s IPL, Parag said: “The time I felt really nervous this season was before the match against Kolkata Knight Riders. I don’t have a great record at the Eden Gardens. Before the KKR game, I’d scored nine runs in each of the three innings I’d played there. So the knock I played that day is the most special ones for me this season. I feel pressure brings out my A-game,” he said. 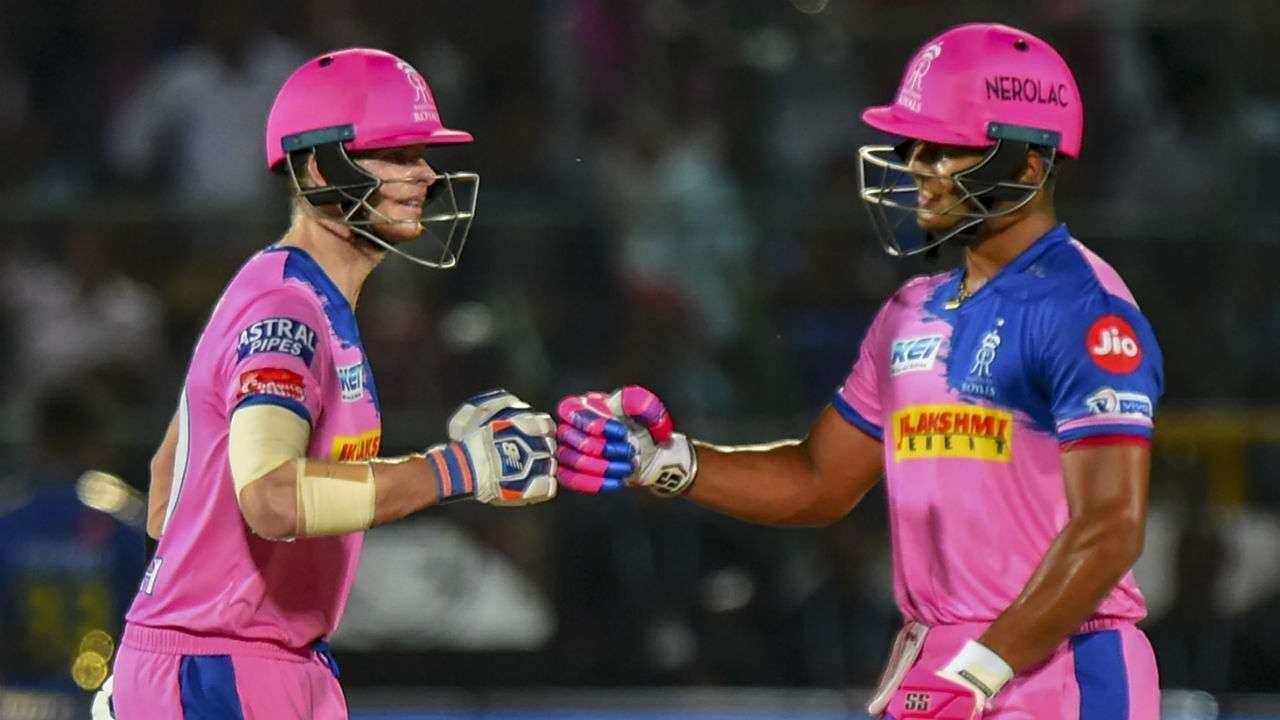 Perhaps, Parag is one of the few male cricketers who admit to being an ardent fan of women cricketers. Women cricket in recent times have gained a lot of traction from male cricketers but no one has ever come up to say that he follows and copy a woman cricketer’s style. The fact that youngsters are now following cricketers irrespective of their gender is bound to be a huge morale booster for women cricket. However, Smriti Mandhana is yet to react on Parag’s statement.

He also revealed about his experience of playing in the IPL. “I have learnt a lot from my first IPL stint. In IPL, you play with your idols and legends of the game. Just to share the dressing room was surreal,” Parag said. He further said that he doesn’t like to bat in the nets as he feels ‘locked’. “Actually, I hate batting in the nets. It’s just the closed environment. I feel someone has got a hold of me and I am like captured and locked. Even before the matches, I try to hit as many sixes as possible,” he added.

When asked if he reads about the comments made on social media about him, Parag said, “Yes, I do. I had this conversation with Ben Stokes after the Mumbai Indians match this season, where I did well and contributed with the bat. I asked him if he reads comments online and he said that he does no matter how he performed on the field that day. “You can’t really hide from that. If you post something on Instagram, people are going to tell you things to your face. And you’re bound to read those comments. But like I said, it’s all about keeping things simple and not thinking about it too much,” he added.