Tripura government: Dipa Karmakar has made golden history for our country by winning the bronze at the 2014 Commonwealth Games

Tripura government today said Dipa Karmakar, who become the first Indian woman to win a medal in the Commonwealth Games gymnastic event, has made the state proud 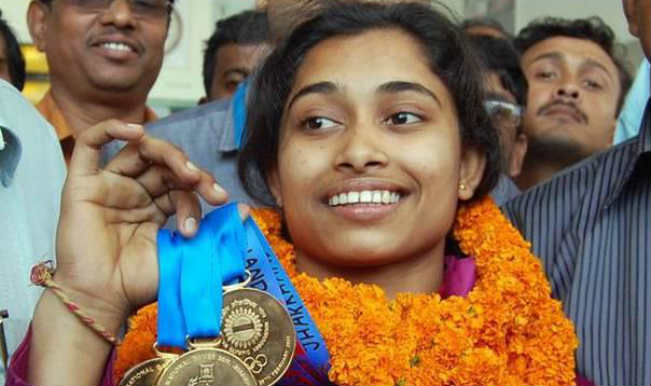 Also Read - The Girl On The Train Trailer Out: Parineeti Chopra as Meera is Full of Secrets And Suspense | Watch

Agartala, Aug 2: Tripura government today said Dipa Karmakar, who become the first Indian woman to win a medal in the Commonwealth Games gymnastic event, has made the state proud. “Dipa made us proud, not only our state, but the whole nation, because she made the golden history for our country by winning the bronze in the Commonwealth Games. She is young and enthusiastic and we would look forward for her better performances in the days to come,” said Tripura Sports minister Shahid Chowdhury. Dipa’s mother, Gauri Karmakar said on Thursday night, “It was frustrating for us as I did not see her in the TV when I was seeing the events of Commonwealth Games. It was night, so I left and went to cook for other members of the family. Also Read - The Girl On The Train Remake Teaser Out: Parineeti Chopra Tries To Escape Entangled Murder Mystery

Suddenly, her father called me ? seems it is our Dipa being shown in TV. I rushed before the TV and and saw that she was moving towards the victory stand. It was the happiest moment for us.” “I have two daughters and I decided that younger one (Dipa) would be encouraged in sports. Because she was agile and enthusiastic for sports from her very childhood. My dream has come true,” Dipa’s father Dulal Karmakar, a coach in weightlifting in Sports Authority of India (SAI) said. Also Read - Secret Has Gone With You! Sushant Singh Rajput's MS Dhoni Co-Star Bhumika Chawala Shares Heartfelt Post

“It would be another moment of joy for us if Government of India confers her Arjuna award. I think she would go far and would bring more laurel for all of us,” he added. President of Tripura sports journalist club and a senior sports journalist, Saraju Chakraborty said, “She should get Arjuna award and her coach, Bisweswar Nandi, a coach of extraordinary talent deserve Dronacharya award.” Dipa had won five gold medals in the 34th National Games at Ranchi.

Secretary of the Tripura Sports Council, Kamal Saha said, Dipa’s achievement would inspire the young gymnasts in the state.